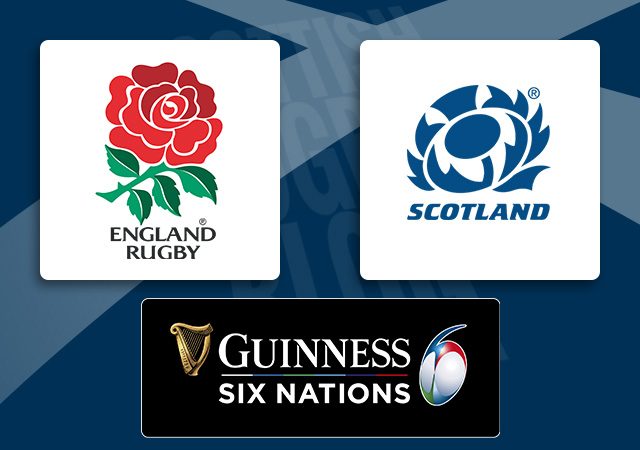 Nation uplifted? That was unexpected but very, very welcome after years of hurt at the home of English rugby. It was, on reflection a near complete performance and when your chief gripe is that they didn’t score enough points to make it comfortable on us fans?

When even the fairytale games (see 2019) don’t have a happy ending, we’ll take the biggest 11-6 thrashing ever, put it in the bank and move on to next week. What Scotland need to prove now is that these performances are possible against opponents other than England.

1. Rory Sutherland: Very solid in the scrum and just about got the upperhand on his opposite number but gave away a penalty for standing up. Overall can be very happy with his contribution and carried well with ball in hand. Deserves to spoken of as a possible Test Lion. - (A8/D8/B8/S8) Overall: 8/10

2. George Turner: Despite concerns over his throwing it's hard to remember a time when Scotland retained 100% of their own line out ball. Threw a worldie to Cam Redpath near England's try line that almost caught the English defence napping. Scrum looked strong and as usual carried well into heavy traffic. McInally and Brown might find it hard to unseat him if he can consistently reproduce this sort of form. - (A8/D8/B9/S8) Overall: 8.5/10

3. Zander Fagerson: Recovered well from an early set back at the scrum and had the better of Ellis Genge. Put in a great shift at breakdown as well as one of top contributors to securing ball at attacking rucks and competing at defensive ones. Another possible Test Lion and with Simon Berghan arriving at Glasgow will not be sort of suitors should he have eyes on a move outside Scotland. - (A9/D9/B9/S8) Overall: 9/10

4. Scott Cummings: Hit a massive 45 attacking rucks to secure clean ball and keep the Scottish attack moving. Must have covered a hell of a lot of ground. Has consistently been Scotland's best performer over the past 12 months. Packed down at 6 when Ritchie went off. Would be great to see him get his hands on the ball more in the loose. - (A9/D8/B9/S8) Overall: 8.5/10

5. Jonny Gray: What a difference his move to Exeter has made for his game. Topped the tackle chart for Scotland (naturally) but has refound his ability to carry hard and make metres with ball in hand that he showed in his early Scotland appearances. Caused Maro Itoje all sorts of problems in the line out. Ever Lions fan should be salivating at the prospect of them combining if the South Africa tour goes ahead. - (A9/D9/B9/S9) Overall: 9/10

6. Jamie Ritchie: A quiet but effective performance against a monster English backrow. A timely demonstration to the watching Warren Gatland that you don't have to match the Springboks pound for pound. Didn't look short of match sharpness but understandably replaced when he started to blow late in the game. Very much needed this sort of performance to reset himself after losing his way a little in the Autumn. - (A8/D8/B8/S8) Overall: 8/10

7. Hamish Watson: Wonderful to see him add a kicking game to his box of tricks. Caused England no end of problems at the breakdown and his tackle rate every game is almost at Jonny Gray levels. Won a key turnover and constantly slowed English ball down. Has to be a shoe in for a Lions Test spot if he and Scotland can consistently reproduce this form over the tournament. - (A9/D9/B9/S9) Overall: 9/10

8. Matt Fagerson: Looks like Scotland have finally solved the problem at 8. Has really found his feet at Test level despite his detractors. Carried hard and was second only to Stuart Hogg in metres made with ball in hand. Looked assured under the high ball which hasn't always been the case with Scottish 8's. Wholly outclassed Billy Vunipola. - (A9/D8/B9/S8) Overall: 8.5/10

9. Ali Price: Two early box kicks were charged down by Maro Itoje, and thereafter Price was twitchy every time the big man was in his field of view. Did manage to work a penalty out of Itoje later on. Otherwise super game management, especially when Russell was off. - (A7/D10/B8/I8) Overall: 8.5/10

10. Finn Russell: Endless penalty advantages gave him plenty of chances to try things without pressure which led to a much lower "crazy" level in the rest of the game. The yellow card for a trip on Youngs was wholly unnecessary on his part. More needs to be made of how willing he is to sacrifice his body to put his teammates into space. - (A8/D8/B7/I8) Overall: 8/10

11. Duhan Van Der Merwe: If he'd been Richie Gray's height, would have scored from Russell's first cross-field kick but made sure on his second attempt, battering through three English defenders. Part of a strong chasing effort and threw himself around during the final defensive sets. - (A9/D8/B9/I8) Overall: 8.5/10

12. Cameron Redpath: First touch at international level was pouncing on a loose ball and calmly hoofing Scotland out of trouble; his second was a breakout from the 22. He looks a slight figure but finds gaps quick feet and looked assured throughout, often stepping in as the rusher at the end of the dogleg defence, not a place you can hide. And he's only 21. Having Redpath and Russell attacking off set plays will be a nightmare for other teams to defend. - (A9/D9/B9/I8) Overall: 9/10

13. Chris Harris: Ying to Redpath's yang. Had one break of note but the defence was rock solid all afternoon, marshalled by Harris and Ritchie. If the ball's going wide he is rarely involved, but he is unspectacular in the best possible way and always appears in the background doing something useful. - (A7/D9/B8/I9) Overall: 8.5/10

14. Sean Maitland: One languid scamper through the English midfield was the pick of his carries but his kick chase off the ball was about as good as he's ever been in a Scotland shirt and England's back three found no peace. Invaluable. - (A8/D9/B8/I9) Overall: 8.5/10

15. Stuart Hogg: Set out to inspire the nation: succeeded. With his standoff back in harness, was trying far less Parisse stuff (ie bits he didn't need to take on) than in the Autumn and this allowed him to relax into his game as he can at Exeter. One darting sprint through the heart of England and a couple of monster clearances were the highlights. There's no one close to him for the Lions 15 shirt at the moment. - (A9/D9/B8/I10) Overall: 9/10

17. Oli Kebble: Kept the scrum going forward when he came on and got around the park well. Scotland's depth at front row is now a problem in that we have too many that need consistent game time. - (A8/D8/B8/I8) Overall: 8/10

18. Willem Nel: Aging like a fine South African red. Might not be able to offer himself around the park much any more but more than makes up for this in his contribution at the scrum to help see games out. - (A8/D8/B8/I8) Overall: 8/10

19. Richie Gray: Wonderful to see the big man back in a Scotland shirt. Helped to keep pressure on England at the line out and scrum and got through some heavy lifting in defence to help keep England pinned back in their own half as the game wore on. The move to Glasgow could prove a shrewd one in keeping him lean and fighting fit. - (A8/D8/B8/I8) Overall: 8/10

20. Gary Graham: A very assured and mature performance. Equally confident under the high ball as Fagerson, carried hard and tackled well to see the game out. His aggression seems much more controlled than his early caps. No drop in quality when he came on. - (A8/D8/B8/I8) Overall: 8/10

21. Scott Steele: Did a job for twelve minutes but slowed service down noticeably. He did a better job protecting his box kicks in what were, by then, miserable conditions,, but it was a nervy watch at times with England assaulting every breakdown desperate for the ball. Probably needs to take some responsibility for a drop goal that was never on with a minute to play - it would have been fine 60 seconds later - but seeing him and Jonny Gray holding up Johnny May to win a turnover a few minutes earlier was a joy. - (A7/D8/B8/I6) Overall: 7.5/10

23. Huw Jones: Didn't get much to do out on the wing covering for Maitland for the last ten minutes (stats show one completed tackle to be the sum of it) so he helped the pack reinforcing the odd pick and go and acting as a pillar by the rucks. Will have been happy to continue a pretty decent record at Twickenham with a win to add to his hatful of tries. - (A6/D7/B8/I7) Overall: 7/10

Ratings  by Cammy Balck and Rory Baldwin, stats from ESPN.