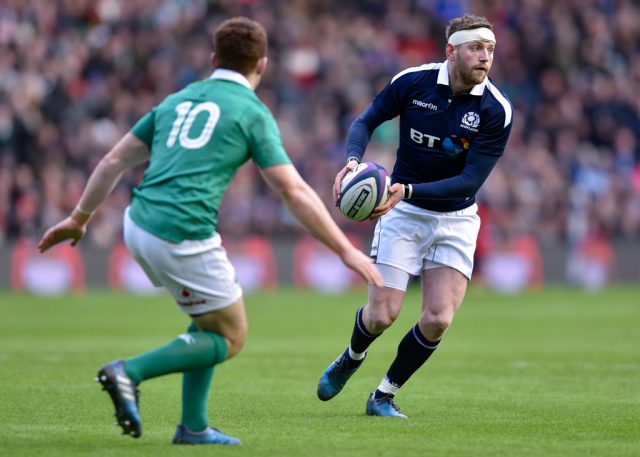 Scotland’s standoff superstar Finn Russell will play no part in preparations for the the Six Nations game against Ireland following a “breach of team protocol”.

Initial reports from the BBC suggested that the mercurial playmaker could sit out the entire tournament, although the official SRU statement released shortly afterwards has been worded to leave the door open for the following games, the next of which is against England.

Russell was one of the masterminds of last years Calcutta Cup comeback following an alleged discussion/argument with head coach Gregor Townsend over tactics. That looked to have been put to bed despite a tactically poor World Cup from Scotland when Russell was far from his best and hopes were high based on his recent form for Racing92.

That it’s not a serious injury is a small mercy, but hopefully clarification will soon be forthcoming as to what this breach was, and how serious; Scotland camps can be leaky things.

One must assume it was serious to force such a serious handicap to the team 9 days out. But yet not serious enough to cost him his place in the whole tournament? Should this dismissal or departure prove to be a matter of ego on the part of either the player or a coach, it could do untold damage to that party’s reputation amongst fans.

It casts a further gloom over Scotland fans at a time when the form of key men like Russell and new skipper Stuart Hogg was perhaps giving us hope of a half-decent showing in the tournament.

It remains to be seen whether Townsend calls up a replacement standoff, with cover for Adam Hastings now limited to utility players like Blair Kinghorn or Rory Hutchinson.

Update 24/1: For an update on the story now some facts have come out, I’d suggest you take a look at the Offside Line which seems to have both sides of the sorry tale.