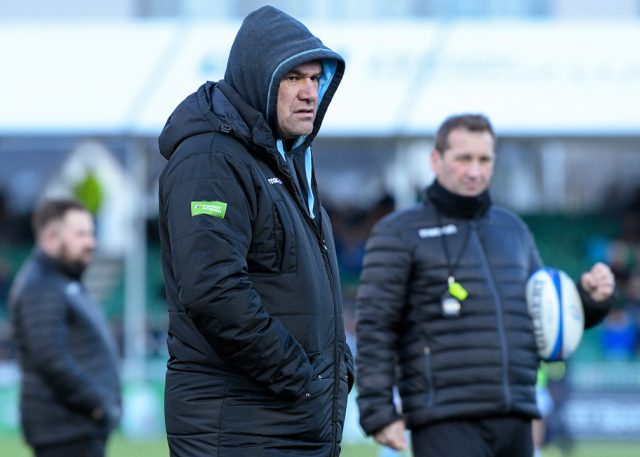 In a not wholly surprising revelation today, it was announced that Dave Rennie will indeed depart Scotstoun at the end of the season to take over the Australia head coaching job.

The sought-after Kiwi will take over from Michael Cheika and rumours persist that possibly one or both of Matt Taylor (Scotland defence) or Jason O’Halloran (Glasgow backs/skills) may join him in the new setup overseen by Director of Rugby Scott Johnson.

“He enhanced the strong, positive culture at Scotstoun and pushed the team to achieve significant results, playing some outstanding rugby on the way”

Rennie’s move back to the Southern hemisphere brings him closer to family and friends at home in New Zealand and had been hinted at for a while. He will see out the season with a Glasgow side that started the season poorly but are starting to click now. With a failure to replace big name transfers like Finn Russell or Stuart Hogg, they may struggle to be competitive at the tail end of the season although we all hope he can go out with a bang.

“We’ve loved our time here around great people. It’s been as good as I could have wished for after leaving New Zealand.

All my focus is on the rest of the season in Glasgow as we strive to be in the mix come play-off time in both comps again.”

The hole left at Glasgow will be filled by Scotland forwards coach and former Cardiff Blues head Danny Wilson. While well-respected within the game and seen as a pretty useful signing when he joined Gregor Townsend’s national setup, Wilson is not of the profile that Rennie had when he was signed – seen as a major coup for the Warriors at the time. Rennie was a successful coach at the Chiefs in Super Rugby, while the less said about the Scotland pack performances since Dan McFarland left, the better.

Balancing the star power of the two men. this appointment, unfortunately, leaves the SRU once again open to criticisms that Glasgow are under-supported in terms of purchasing power, despite a rabid and growing fan base, and also that as a whole the SRU seems a very tricky organisation to get fired from.

It also leaves Gregor Townsend searching for a new forwards coach in the national setup, for the second time since he began his tenure. Out of contract forwards coaches may not be growing on trees at the moment even post-World Cup, so he’s unlikely to be able to make an appointment that could be brought in to shadow/take over in the upcoming Six Nations but it could be an avenue worth exploring. There may be someone not applying for the All Blacks job (or not getting it) that could be looking for new pastures, for example. Most likely we’ll get an announcement mid-tournament of who the new person will be.

Wilson should be given time to bed in with Glasgow and I am sure he will have the fans support, and will at least be familiar with a lot of the players already. Day-to-day coaching in a club environment may suit him better than the stop/start nature of national stints that so far have been inconclusive.

14 comments on “Rennie for Australia as Wilson takes over Glasgow”