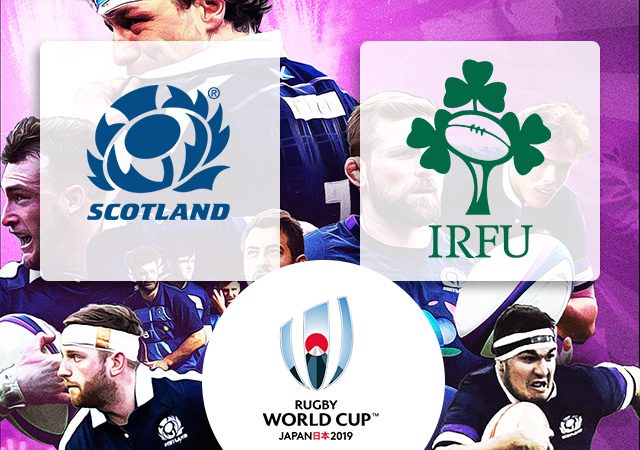 This game will have massive implications for Scotland. Victory means a shot at topping an RWC pool for the first time since 1991. Lose and there is absolutely no margin for error in the remaining three matches if a quarter-final place is to be achieved.

History is not in Scotland’s favour when it comes to this type of fixture. Across 18 games against other Tier 1 teams in World Cups the dark blues have managed just two previous wins.

The victory against Ireland came 28 years ago in the 1991 tournament when Gary Armstrong and Graham Shiel were the try scorers. Italy were only just vanquished in 2007 by way of Chris Paterson’s boot.

A win in Sunday’s Tier 1 matchup would set a really significant marker as to how far Scotland have progressed over the past four or five years.

It’s been over 18 months since Ireland scored 30 or more points against a top 10 side. To which the counter is quite simply – they don’t need to. A couple of outliers against England aside (more on them later…) the Irish have conceded an average of just 14 points per game. They have the ability to stifle sides into submission. Even teams with huge attacking prowess have foundered on the rocks of Ireland’s game plan (including being the first country for 4 years to hold New Zealand tryless).

It’s not simply about defence – although it almost goes without saying that the linespeed is high and the tackling is intense and accurate – it’s about control of possession and territory. It’s about dictating where and how the game is played. When Ireland are in charge of these areas then anything over 20 points will be enough to win most games.

Any match against Ireland has a different style to it for an opposing team. It’s one which they need to either adapt to – or better yet find a way to disrupt and impose their own tactics. That’s very much easier said than done though! Some key points from the most recent Six Nations were:

As mentioned earlier England have been the side that has given Ireland most difficulties on their run-in to this RWC. Are they kryptonite for the Joe Schmidt gameplan? Are there any lessons there for Scotland? Well, there’s not going to be a Vunipola at 8 or a Tuilagi at 13…and unfortunately, Ireland won’t be as rusty as they were in August when they conceded over 50 points!

In that most recent match at Twickenham two playmakers opened up the field for Eddie Jones’ side – as did just under 30 kicks. Nearly 50% of them came from England’s scrum halves, which may be of interest to Greig Laidlaw.

Ireland dominated possession and territory in all of their Six Nations matches. Against England they were the ones having to give second best, playing the majority of the game in their own half and without the ball.

Scotland need to find their own way to do something similar to the English, using the kicking game that they have increasingly been looking to exploit in their last half dozen matches. Containing Ireland at halfway isn’t enough though. Scotland need to force them to start possessions from in and around their own 22. That should then lead to the sort of field position the dark blues need to create their own scores from.

Scotland have only defeated Ireland once since Joe Schmidt took over as their head coach in 2013 (7 matches). The head to head from the countries’ last 10 meetings looks like this from Scotland’s perspective:

Significant stat
67% possession in the second half for Ireland (combined with 72% territory). Scotland were frequently their own worst enemies after half-time with turnovers and penalties conceded on early phases when they had the ball. This lead to the double whammy of killing Scottish attacking momentum stone dead while allowing Ireland to dictate for long, long passages of play.

Since 2011 Scotland have ‘lost’ the penalty count in 9 out of 11 games where Mr Barnes has been the referee. The average number of penalties conceded is 12 – although that’s dropped to 9 in the three most recent matches.

Ireland usually excel in keeping their crime count down. That means it’s likely the dark blues will need their best ever showing with Mr Barnes in charge in order to keep pace with the number 1 side in the world.

Part II of the preview, including the head to heads, will follow on Saturday after the team announcement (expected Friday).