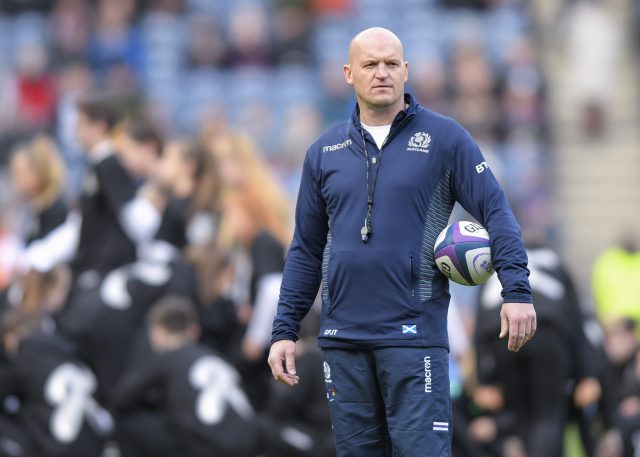 This is the last in a series of articles that was started by Gav way back with a prospective Scotland World Cup squad. I took it over after the autumn 2018 and Six Nations 2019 and after the long road to Japan, here we are.

Following a comprehensive away win in Tiblisi that was perhaps more convincing than expected given all the talk of a 50,000 crowd ready to cheer their side into the Six Nations, Gregor Townsend will announce the squad tomorrow.

Sadly for both those left behind and those on the plane, leaks are appearing already to indicate the direction the final 31 might take, which we’ll deal with as we go.

This is my version, with plenty of input from our team of writers and podders. I’ve mashed forwards and backs into one post this time (sorry about the length).

It’s a 17/14 forwards/backs split as in 2015 and only includes players in the training squad. The time for fantasy picks is over; sorry Duncan Weir or Darryl Marfo fans.

Japan is scarily close, but not everyone can make it.

In 2015 Vern Cotter had a couple of versatile props (and King Richie Vernon) to balance his front line players against the need for cover in such a small squad size. World Rugby should really change the limit to 32 and allow for 3 full front row units, but they have’t yet.

With that in mind Townsend tried Simon Berghan as a temporary loosehead against France. It may have worked as a stopgap and with quality looseheads actually a bit thin we’re going to stick with it.

Gordon Reid may only have Super 6 club Ayr interested in giving him a contract in Scotland currently, but his scrummaging greatly improves Scotland’s set piece effort. He gets in just ahead of Jamie Bhatti who was poor in the first warm-up although better against the fabled Georgian scrum.

WP Nel and Zander are the chosen tightheads plus the apparently versatile Berghan. It’s a decent group of props with Nel and Dell probably the first choices to face down Ireland’s front row monsters.

The warm up tests have highlighted the worry should one or both of Brown and McInally go down injured. Really we need the top two hookers fit if we are to make any progress.

For the third hooker position, George Turner edges ahead of Grant Stewart, just, arguably based on previous performances as there isn’t much between them. It’s perhaps too early for Grant who has huge promise and has been excellent at times for Glasgow, but is still very raw. Still, if you are looking for a bolter in the squad, Stewart ahead of Turner could be an outside chance.

The injury to Sam Skinner just over a week ago made this selection a lot simpler. He would have been a certainty with a tough choice between Toolis and Cummings for the remaining slot. Now though, both will go alongside Grant Gilchrist and Jonny Gray who are probably the first choice pairing – although there is perhaps a question mark over Gray the younger’s current fitness.

Tim Swinson was a late training call-up (and Richie Gray wasn’t) but didn’t play on Saturday so didn’t have much of a chance to repeat the late charge he made in 2015 at Jim Hamilton’s expense. Blade Thomson could be used as emergency second-row cover and you never know, Sam Skinner might be involved in the later stages if an injury call up was required.

Previous selections were all based around who was fit – and in some cases, injuries helped make decisions easier.

No such luck this time.

Even with the likes of John Hardie or Gary Graham now long since cast aside, it is still a tricky selection to make.

First though, who should definitely go?

Hamish Watson will definitely go, and you would bank on Townsend taking the experience of John Barclay, and probably also Ryan Wilson who is somewhat of a marmite figure on these pages, but does marshal the defensive line well.

That would leave two spots between Magnus Bradbury, Jamie Ritchie, Josh Strauss, Matt Fagerson and Blade Thomson. Strauss arguably played himself out of contention in that first French game, while Bradbury hasn’t featured at all due to injury. It would be a disappointment for Bradbury not to go given his promise, but like Ritchie he is still very young. Ritchie however should go on his form this year which has been superb. It’s most likely a toss up between Thomson – who Townsend seems to be a fan of but we haven’t seen much of – and Matt Fagerson, who like Bradbury hasn’t had many chances but did show up well at times in the Georgia game and does offer dynamism with ball in hand.

We are still very light in dynamic ball carriers which is why I think Townsend will go with Thomson despite his lack of game time. Plus it wouldn’t be a Scotland squad announcement without a parachuted Kiwi would it?

Personally I’ll take Watson, Ritchie, Barclay, Fagerson and Thomson but I think Townsend will opt for Wilson, and I’d be reasonably happy either way. Wilson is a great squad player hugely popular with his teammates – that aspect should not be ignored.

Back to the easily sorted: Laidlaw, Horne and Price. Laidlaw is currently in the driving seat to start but to be honest, any of them could realistically start and be good – and that’s a good situation to be in. A lot of teams are only taking two scrum halves but I’m not sure Toony will go down that route, as the pace he wants to play at needs a scrum half who is fully fresh.

Finn Russell is currently indispensable to Scotland. France’s (borderline offside) rush defence showed other teams how to close Scotland’s free-flowing intent down, as Ireland and Wales have before them in recent times. We need Finn’s range of chip’s and grubbers – and his willingness to attempt them – in order to keep defence’s honest and open up the marginal spaces wider out that Hogg, Sam Johnson or say Darcy Graham may profit from.

Adam Hastings will go as a backup, and may see a start in the Russia game as well as perhaps offering fullback cover.

Ugh. This is still a nightmare to call, and some pretty useful players are going to be left at home.

Rory Hutchinson is now a Scotland international and a useful looking one at that with two tries against Georgia while Duncan Taylor is (finally) fit again. Taylor has long been a Toony favourite as has Pete Horne, and like Sam Johnson should definitely go.

There is a lot of talk that Huw Jones has credit in the bank, but I’d suggest that Hutchinson is currently looking more likely to travel, and also more like the Jones of a few years back, which is what we really want. Leaked reports today suggest both men will be left behind too though, which would mean Townsend is opting for the less dynamic Chris Harris. I’m going with Hutchinson here though.

Once again we have to look at what we’d like, versus what Townsend has done in the past. History is on the side of Chris Harris and Pete Horne, even if the potential for excitement in the midfield is perhaps less as a result.

With Townsend seeming to favour slightly less swashbuckling centres of late, and Russell often going wide quickly (by kick or pass), the back three selection is a little more important to the style of play. Maitland and Graham were both very good defensively against Georgia and Blair Kinghorn has nudged ahead of Byron McGuigan. I can’t see Tommy Seymour being dropped even if we haven’t seen that much of him lately and I’d be happy with any of this four partnering Hogg in the back three.

Hoggy is still nailed on, despite patchy form over the summer and several dodgy haircuts.

I think in reality Townsend will probably pick Harris ahead of Hutchinson. A predicted Toony squad would also have Ryan Wilson instead of Matt Fagerson and look like this:

It is of course, the Toony Tombola though. All will be revealed tomorrow.

Additional selection advice thanks to Cammy, John, Iain and Sandy