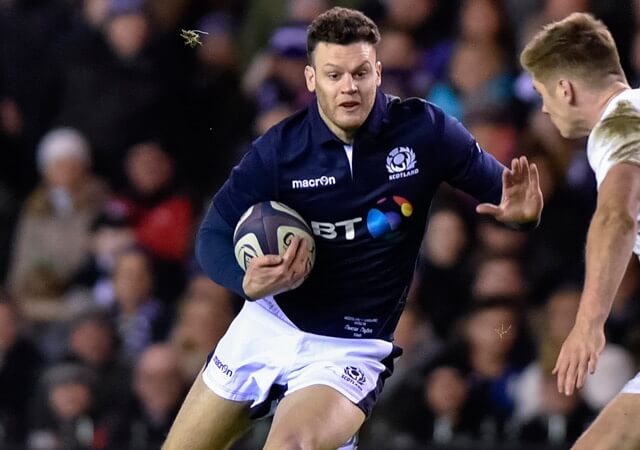 Gregor Townsend has named his team to face France in Nice at the weekend for Scotland’s first of four warm-up games before the World Cup kicks off in Japan.

Toony is back at the tombola stand, he’s handed over his money and plunged his hand into the bucket to see which tickets come out. But, at the risk of labouring the metaphor, has he pulled out a ticket for a decent bottle of supermarket wine or an unwanted set of bath salts someone got for Christmas?

Surprisingly – but perhaps sensibly given they are certainties for Japan – there’s no Finn Russell, Jonny Gray or Greig Laidlaw in a matchday squad that blends youth and experience. Northampton’s much-fancied centre Rory Hutchinson is given a chance to repeat his Premiership form from the bench and Duncan Taylor starts in the number 12 jersey after a torrid time with injuries.

“These four Tests are a vital part of that process in terms of testing our systems and combinations but also in seeing which players put their best foot forward when it comes to selection for the final 31-man group going to Japan next month.”

Hooker Stuart McInally returns as captain having led the side during the Calcutta Cup earlier in the year. His Edinburgh clubmates make up a large proportion of the forward pack with Simon Berghan and (technically now an Edinburgh player) Jamie Bhatti his front row partners.

Hastings and Price is a familiar half-back combination for Glasgow while the midfield gives us a first look at the Taylor/Jones pair often imagined over the last few years. Stuart Hogg (the King) forms a royal back three with Prince of Hawick Darcy Graham and, er, Byron McGuigan.

In this week’s podcast we spoke to Illtud Dafyyd, a sports journalist based in France, about what Scotland can expect and how France’s World Cup preparations have been going.