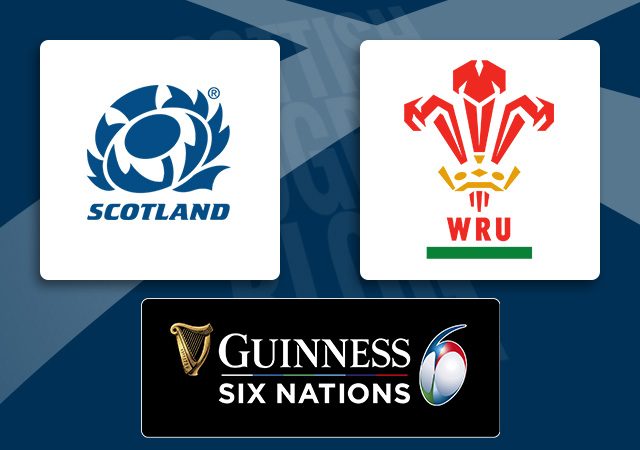 The final match at BT Murrayfield of Scotland’s 2019 Six Nations Championship, against the grand-slam chasing Welsh, arguably the form team in world rugby at the moment, ended in agonising defeat for the home side, who for much of the second half looked like knocking Wales’ Grand Slam ambitions into next year but ultimately came up short.

The pre-match narrative was one of 2-fold turmoil. Scotland who “hadn’t fired a shot” in the competition, according to newly installed starting scrum-half Ali Price, were facing a Welsh squad which contained 7 Ospreys, who don’t know if their club will even exist next season.

After a patchy opening ten minutes, which saw Hamish Watson replace one of the few bright sparks from this campaign, Jamie Ritchie for an HIA, a penalty conceded by Josh Navidi gave Finn Russell the chance to open the scoring from the tee, which he duly accepted.

Wales did not take long to bite back. They carried through the forwards until an overlap opened out wide, Josh Adams made an absolute mug of Blair Kinghorn as he stepped off his right and crossed in the left-hand corner. Anscombe converted, in silence, to make it 7-3 for the Grand Slam chasers.

As if Scotland’s injury worries hadn’t been obvious enough during this campaign, Hamish Watson, making his international return after a broken hand lay-off, lasted less than 5 minutes for Ritchie before his noggin needed checking. Fraser Brown, the replacement hooker according to his shirt number, became Scotland’s third openside flanker for the afternoon which had barely begun. Positional swapping would be a theme of the afternoon.

Jamie Ritchie thankfully passed his HIA, and came back on during the break in play when Scotland had another penalty which Russell converted. Darcy Graham, making his first start, had made a tremendous line break deep into the Welsh 22, and with the pressure on, they eventually infringed.

Replacements were required prior to the restart though, Seymour had to go off for McGuigan with an arm/hand injury, and in Wales’ second row, Adam Beard was replaced by Jake Ball. We were only a quarter of the way through this match by this point and the benches were well into use.

Scotland captain Stuart McInally conceded his second penalty of the afternoon to award Gareth Anscombe an easy shot at goal, and the Blues man, who probably knows he still has a job next season, put it between the sticks.

Wales game-plan may not be fancy, but we know it’s effective, as evidenced with their 34 phase try against England last week. They didn’t quite hit the same number of phases this time, but after concentrating on the pick-and-go to draw in the defenders, they eventually found space again for the backs down the left-hand side, Jonathan Davies the man able to cross the try-line this time with Graham left to defend too many men.

At this break in play there were more replacements, again, and more bad news for Scotland. Adam Beard came back on for Jake Ball on the Wales side, but Blair Kinghorn had earlier done himself a mischief which had made Davies’ score all the simpler, and off went “The King” to be replaced at full-back by a Hastings, but one who’s more accustomed to playing at stand-off.

With the first-half drawing to a close, Wales nearly crossed the try-line again owing to a huge slice of fortune. Anscombe’s penalty attempt bounced off the upright into the hands of man-of-the-match Hadleigh Parkes, but a combination of Hastings, Graham and finally Pete Horne, managed to bundle the on-fire player into touch. Hastings stayed down after the incident, but thankfully the man with the shiniest teeth in world rugby managed to continue with just a grimace.

Even then, the danger wasn’t over. Scotland’s line-out, which has been somewhere between mis-firing and downright shambolic over the duration of the competition, again mis-fired. Ali Price cleaned up but was taken back into the goal-area to offer Wales a 5m scrum – the Welsh players helpfully trying to claim a try. The scrum held up, and thankfully for Scotland, Wales knocked-on a few phases later to end a disjointed half of rugby.

The second half started off with a bit of kick-tennis, until Darcy Graham sliced one off his boot to give Wales the line-out equidistant to Scotland’s 22 and 10m lines.

Whilst Wales have structure and a plan, Scotland are the chaos merchants, and after Finn Russell had initially failed to find touch with a penalty, the kick return was fielded and Allan Dell went on a lung-shattering run from his own half into Welsh territory, but eventually Russell’s pass went behind McGuigan.

Scotland were beginning to dominate proceedings though and the crowd were starting to murmur. A penalty for a high tackle on Grigg went to the corner, Adam Beard collapsed the maul, so Scotland went again and Gilchrist carried over the try-line, but he was held up from scoring. It was a 5 metre scrum to Scotland though, and Murrayfield was starting to find its voice.

Scrum completed, Scotland tried to breach the Welsh wall, and when Horne delayed his pass perfectly for Hastings, he got closer to scoring than even Graham had in the first-half. Wales though, are defensive masters, and Tipuric managed to get his hands on it at the next carry.

Biggar’s clearing penalty kick was pretty terrible to be honest, Jonny Gray got a big left-mitt on it, and Scotland were away again. A further infringement for another high-tackle gave Scotland the line-out in the Welsh 22. It didn’t rumble far, but if there’s one man on this Scotland team capable of unlocking a defence that even Tom Cruise would deem as “Mission Impossible”, it’s Finn Russell. His no look inside pop was taken deep by McGuigan on a superb angle, Hastings and Graham combining thereafter to get the try that Scotland’s territorially-dominant second-half had deserved.

Always keen to take a shotgun to our own feet, a mis-placed Scottish pass from Horne nearly allowed Josh Adams a run-in to the corner, but Graham recovered well, and a few short phases later, Adams had knocked on on the opposite flank.

Try-scorer and saver Graham however then had to be replaced by Laidlaw who was the last back left on the bench, which meant a positional reshuffle with Ali Price moving to the wing, just as he had been forced to two years ago during the Mauling of Twickenham.

Watson, Toolis and Berghan also came on at this stage for Strauss, Gray and Nel. Wales, often so clinical and calm, were starting to look rattled as Scotland, led by Hamish Watson, finally showed some intensity.

Jake Ball took his eye off it and dropped it, so the blue wave kept coming. Watson bounced and weaved round three tackles, then sat down Dan Biggar inside the 22. Wales conceded another penalty, Scotland again went for the line and “Flower of Scotland” echoed round the stadium. Another penalty for collapsing the maul, and a warning from Monsieur Gauzerre to AWJ about Wales’ discipline, but no card despite repeated attempts to frustrate Scottish ball.

Wales repelled attack after and attack, and turned the ball over just outside the 22 to seemingly relieve some pressure, only for replacement scrum-half Aled Davies to kick out on the full from his own 22.

It was now a four-point game with four minutes to go, and the drama was all unfolding in Welsh territory. Russell played the grubber down the left channel for Price to chase, but he inexplicably decided to tackle Anscombe before he’d gathered the ball: pressure valve released.

To compound matters, Price then got taken into touch when fielding a closely-followed Welsh kick, allowing Wales all the territory and possession you could want when aiming to run the clock down.

The gap of victory was extended with the last touch of the match, Anscombe knocking a penalty over from inside the 22 after Watson was penalised for not releasing after the tackle.

We may have been playing France last time, but it was a case of déjà vu for Scotland, who proved they can be a Murrayfield match for the big guns, but who ultimately take a shotgun (or even an AK 47 for that matter, with how they were scoring) to their own feet. Price, who otherwise was very good, will regret that moment of madness when it looked like Wales, for so long starved of possession, were about to buckle.

A vast improvement on last week’s toothless effort, but still almost completely infuriating. But we’re used to that by now, aren’t we?

SRBlog MOTM: Price was in the running until the double-headed moments of madness late on, Russell was again doing some lovely stuff, with only a couple of bloopers thrown in, and Darcy Graham did not disappoint on his first start. Jamie Ritchie, however, was all over the park, and has maybe forced his way into automatic first XV territory. He’s been Scotland’s player of the tournament, so we’ll also maybe call this a cumulative MOTM.