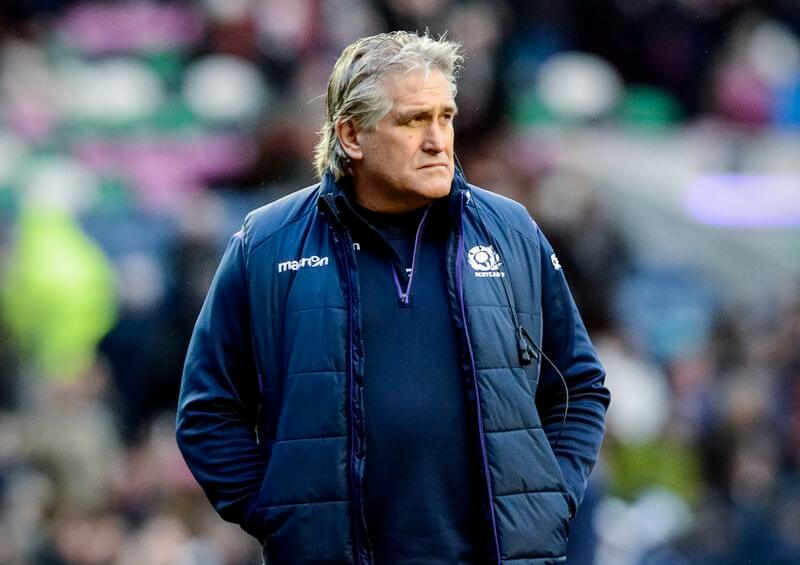 Scott Johnson's side managed only one win

Scottish Rugby has this morning confirmed that somewhat controversial former coach and current Director of Rugby Scott Johnson will be leaving for a new post in his home country of Australia after the 2019 Guinness Six Nations.

Johnson is still under contract, but following negotiations between Scottish Rugby and Rugby Australia, it seems a “satisfactory” compensation package has been agreed to enable Johnson to leave his role in Scotland before the end of it.

His record as interim coach between the tenures of Andy Robinson and Vern Cotter wasn’t great but his legacy within the game in Scotland is likely to be the improvement of the Academy systems over the last six years and a greater focus on the womens and age grade game at the high-performance end of Scottish rugby. It is also believed that extensive connections around the world game were instrumental in setting up links like the Stade Nicois player development deal put in place during his tenure as well as the higher quality of foreign coaches (Cotter, Cockerill, Rennie) recruited for both the national and pro sides.

Because of the “behind the scenes” nature of his role and his sporadic appearances since resigning as coach, there will always be some mystery as to how much of that can be credited entirely to the Australian but with the national team in rude health he perhaps gets the benefit of the doubt for now. He probably signed an NDA in any case…

There will of course also be plenty of odd press conference quotes and that “motivational” speech to the sevens squad just before it was almost axed, for others to remember him by.

17 comments on “Scott Johnson to leave SRU for Wallabies”