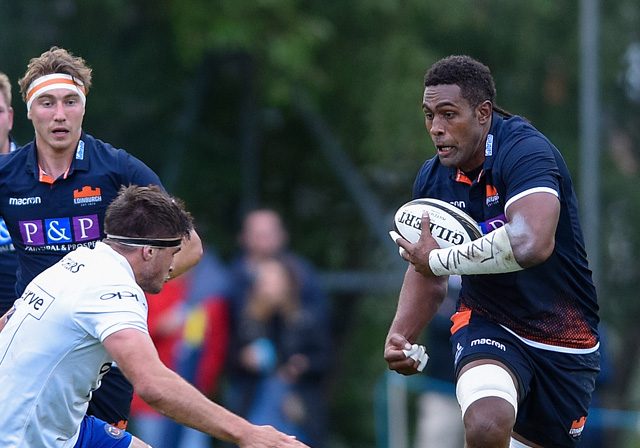 Richard Cockerill was pragmatic following his team’s defeat to Leinster last weekend, and has duly restored a number of his frontline troops for a must-win game at home to Benetton Rugby (the artists formerly known as Treviso). This means the return of Blair Kinghorn, Matt Scott and Henry Pyrgos in the back line and Simon Hickey preferred at standoff although Jaco van der Walt has recovered sufficiently from a head knock to sit on the bench.

Mark Bennett’s injury gives Chris Dean and Juan Pablo Socino a chance to stake a claim to be part of a settled centre partnership with Scott – something Edinburgh badly need – into the new year and beyond. No place on the bench this week for Jamie Farndale who was announced as one of the Sevens Squad co-captains this week, so Cockers will have to make do with pinching Dougie Fife and James Johnstone from the short form last season.

Up front, Grant Gilchrist, Hamish Watson and Viliame Mata return to add their considerable heft to the home side. All in all it’s pretty close to their top XV but with good reason; despite some decent, competitive performances, the results haven’t gone their way (in the dying minutes, Leinster aside) and another loss would set their season off to a fairly miserable start going into Europe. Tommy Allan, of course, will be hoping for exactly that as he guides the visitors from 10.

Loosehead prop Pierre Schoemann will sit this one – and the next four weeks – out following his red card disciplinary hearing after the Leinster game which does, from a Scotland point of view, give Allan Dell and Rory Sutherland a chance to bag some form ahead of the November international window. On the other side of the scrum, the form of Wullie Nel and Simon Berghan will also be of interest to Scotland coach Gregor Townsend following the news that Glasgow’s Zander Fagerson could now be out beyond the Six Nations due to ankle surgery.

Glasgow too have some honour to restore, following a shock loss to the Southern Kings – still a shock, even if the Warriors were a long way from home – after playing so well against Munster and the Cheetahs in recent weeks.

The regular Scotland partnership of Alex Dunbar and Huw Jones is restored in the centre while Adam Hastings is handed back the reigns at standoff alongside Ali Price. There’s a change on the wings as Lee Jones and Niko Matawalu step in, so the back division has an unfamiliar yet perhaps more reassuring look.

Without Zander Fagerson, D’Arcy Rae is in place at tighthead but with four locks injured, Dave Rennie turns to Mr Dependable Rob Harley to slot into the second row. It also means he can get both co-captains on the pitch alongside Matt Fagerson and have Adam Ashe on the bench.

Overall the bench looks a little bare but hopefully it will be enough to reward the Scotstoun faithful – they’ll be determined to put that result last week behind them.