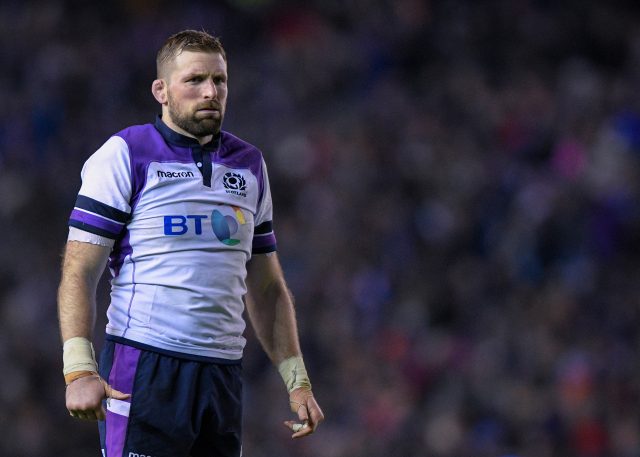 There are certain things we know to be true.

Warren Gatland doesn’t rate Scottish players much. Eddie Jones runs his mouth before and after games but doesn’t like it when people call him on it. Both are still good coaches. Officials still make mistakes, with HIAs and TMOs and all the other acronyms. Water is wet, the sky is blue (except for viewers in Scotland).

Based on the evidence of recent weeks, here are some other truths:

Despite the fact that Scotland as a squad are about where we would want to be following the loss to Wales, England are increasingly immune to romantic notions of underdogs, plucky heroism and scraping a win with a couple of penalties. It’s not that they are a “great” side but they are ruthlessly aggressive in defence and very astute tactically. Efficient and brutal, in that most English of ways – even if they pick the odd Islander, or even God forbid a Scot or two.

But they are not, I think, unbeatable, and the good news is that Scotland are more likely to beat them playing like attacking Scotland than last-decade Scotland which may at least provide some entertainment. Even in the bloodbath of Twickenham last year Scotland scored three tries.

Like a worrying number of international teams, adaptability seems to be one of their problems too – just witness Italy’s ruck disengagement masterclass from last year.

Without a dedicated openside, England tend not to challenge the breakdown much, preferring instead numbers wide in that smothering blanket of a defence and you would hope Scotland will send Barclay and Watson in over the ball more to keep them honest. The fact that Scotland haven’t utilised that as a tactic much yet doesn’t mean they won’t, and they’ll need that same space if their own plans are to prosper.

So it is not likely that John Barclay, the captain, will be given the heave-ho after one very poor game and one average one.

Here’s another truth: we won’t win without Finn Russell at 10. Gregor Townsend is not going to drop the closest thing to, well, Gregor Townsend, to come along in 20 years so can we just stop all the suggestions of playing Greig, Hoggy or Kinghorn at 10 with a week and a bit’s notice? Sadly it is perhaps true also that we won’t win if Finn has another off day but a big game like this in front of a home crowd, should be the reason that Finn gets up in the morning.

The crowd also need to provide a “home atmosphere”. Murrayfield needs to be raucous and intimidating and you can’t do that if 50% of the crowd are swinging low. There were a lot of noisy French fans in excellent voice last weekend and the worry is more of the same. Murrayfield has its voice so let’s use it and give them a taste of what unsettled our lads at the Cabbage Patch so badly last year, and in Cardiff this.

Townsend also boosted the squad over the weekend with the news that Josh Strauss, Tim Visser, Tim Swinson, WP Nel, Matt Scott and James Malcolm have all been called into the training squad. Charlie Shiel and Darcy Graham will also take part in the sessions at the start of the week, while Magnus Bradbury, Murray McCallum, D’arcy Rae, Nathan Fowles, Richie Gray and Duncan Taylor drop out of the squad. Visser and Malcolm are cover for Lee Jones and Neil Cochrane who picked up head knocks at the weekend. Alex Dunbar remains with the squad but still has a thigh injury and presumably won’t feature against England.

Here, for me, are the areas for homework across the team.

Front row: England have a mighty pack and recently they’ve been training with Georgia in a series of scrum sets refereed by Wayne Barnes that apparently taught England lots of sneaky new tactics. If wee Eddie doesn’t go after Finn (“flakey isn’t he mate?”) or Hoggy (“not as good as Mike Brown though is he mate?”) with the mind games, you can bet Simon Berghan scrummaging on his knees won’t have escaped his notice. The news on WP Nel, who we know can scrummage may mitigate this slightly but he will be unlikely to start. More of the same, ie parity and not much worse, must be the aim. Easier said than done.

Second row: more big carries and the lineout needs to be spotless. We’re in good shape here and Tim Swinson returning added much-needed grunt to Glasgow at the weekend. I’d argue that Toolis should still hold the bench slot against England though. The lineout was a quite brilliant attacking platform in the autumn with the same personnel and needs to become that again.

Back row: the breakdown. This is an area we could potentially boss but haven’t targeted all that much yet. Having blown the Welsh off it last year, this year we saw the same in reverse while the French were excellent at protecting their own ball and stealing ours. England have no out and out 7 but they will expect to win without one. Discipline in this area keeps the visitors honest and forces them to keep defenders closer to the ruck. Denton offers a bigger impact from the bench so he may not start but Josh Strauss is in fine form and has a legitimate claim to a starting berth if Toony can look past Wilson.

Half-backs: No surprises: fix the touch finders and kicking from hand. Give Hogg the touch kicks and Laidlaw the goalkicking. Finn may feel like they are taking his toys away but running the attack and marshalling Ford and Farrell will be hard for anyone, let alone a guy desperately seeking form. England’s kicking play is excellent, Scotland need to be equal to it as it drives the game’s momentum.

Centres: defence, and giving Huw Jones more time on the ball. Dunbar won’t be in, Taylor is definitely out so the choice is to play Scott or Horne at 12, or play Bennett at 13 alongside Jones. I’d go with Horne to keep some semblance of familiarity. They are defensively fragile perhaps but Dunbar/Jones was our top pair and still got obliterated against England last year; Horne went well against France and deserves another shot. Scott or Bennett could come into play as bench options in place of Chris Harris.

Back three: defence, positioning. England’s kicking from hand was accurate and varied so they’ll need to be on the ball as they will receive more of what Wales got. France found us out in the wide channels so defence from 13 out needs to be tighter and less ragged. For this reason, we’ll probably see the same unit start.

Here’s the team I think could line up against England:

Toony may well find it hard to leave out Wilson, and Mark Bennett has been looking very sharp for Edinburgh; we’ll know the team on Wednesday.

Here’s another truth: Scotland, since last year, have been pretty uninspiring or downright awful against teams they’ve been expected to beat (see: Samoa, Fiji, Wales this year etc).

But how have they gone against the teams no-one much expected them to beat, like Ireland, Wales (2017 edition), Australia and New Zealand last year?

If Scotland can once again raise their game this might be closer than we think; we can but hope that Scotland can truly live up to the tag of “darlings of Europe” by putting one over on the Auld Enemy.

86 comments on “Scotland have some homework for the Calcutta Cup”