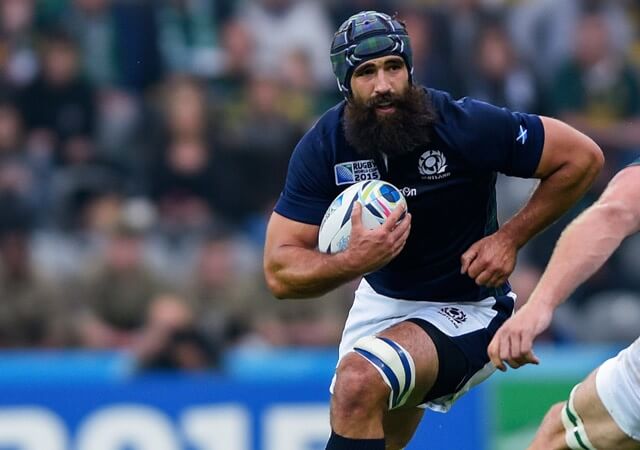 With news announced in recent months that Augustin Pichot and Bill Beaumont are determined to revisit the rules for international qualification, talk of “Project Players” is never far from the surface of international team selection news. Even if they don’t do anything about it soon, you can bet there will be plenty of chatter around Lions selection time – where residency qualified players like WP Nel and CJ Stander could be in contention.

The player exodus from South Africa could continue with news from over there that racial quotas may be introduced for rugby and other sports. This would create even more of a logjam at Springbok or nearly-Springbok level.

France and England are both already looking into independent systems in line with a 5 year qualification period or passport based system, but Scotland and Ireland are understood to be less supportive of a change in the system, given the smaller player resources they have.

This week we also saw our very own Josh Strauss admit the obvious after signing for Sale – he really wanted a big money contract in the Premiership, but stayed a second season with Glasgow in order to play with Scotland in the 2015 World Cup:

Since coming to the UK I always had it in the back of my mind that I wanted to play in the Premiership, which is a highly rated competition by players in South Africa. I signed for Glasgow and needed to sign for a second term in order to qualify to play for the national side.

It’s all very, well, professional, and not very romantic.

Without wishing to come over all Donald Trump and start stopping folk at the border, we had a look into it.

We decided to have a look: what would the Scotland team look like if a) qualification through residency was abolished completely and b) only parents counted for qualification, not grandparents?

Could Scotland still field a credible side?

Previous caps are ignored – which would be unlikely to be the case if World Rugby did actually clamp down on residency. In short, we’ve been harsher than any likely revisions of the laws would be.

What it means is what you’d expect: project players are out. For a team whose high-profile players are often lambasted as “parachuted in” or mostly foreigners, it’s actually not the case. Our acknowledged area of weakness is tighthead which is why WP was recruited, but otherwise the team we would have available isn’t a million miles away from the team we’d pick anyway.

And here it is:

The big miss based on current form is of course Hamish “Pinball” Watson, with Nel a close second but we’ll never know what difference he might have made to this year’s Six Nations. The loss of Visser and Maitland would leave us short on the wing, but in the next 2-3 years we have plenty of young talent coming through (Darcy Graham, Robbie Nairn etc).

I believe that the Project Project is being used as a stopgap measure; the SRU has recognised skill deficiencies in certain areas and while they would never admit it publicly, have been the slowest home nation to catch up to professionalism and tried to find a way to stay competitive with limited resources in the mean time.

The main issue facing our youngsters in Scotland is game time – can you upskill a promising under 18s or u20s player to test match level in 3-4 years when you could bring in one who may have had far more experience at the high intensity of the NPC or Currie Cup, and perhaps a winning rugby culture, over the early stages of their career? Zander Fagerson suggests you can, but there are plenty other who haven’t made it.

With academy and exiles structures now in place (working to whatever the rules may be) and the trickle of promising talent coming through the ranks turning into a babbling brook, the signs are that skills are being developed early to make our young players ready to play at the top level earlier.

Success for the national team is only going to encourage Scottish youngsters and widen the pool to choose from. But it still goes through a very narrow funnel at the top end of the game in Scotland.

Even without a change in the rules, what we can hope for is a reduction in the need for players who qualify only on residency, but there will always be a place for the Vissers and Nels of the world until World Rugby does something to make Fijians want to play for Fiji, bankrupt all the French clubs, fix South African selection policies or force Richie McCaw to retire.

Ah well, one out of four ain’t bad…

52 comments on “The Project Project”