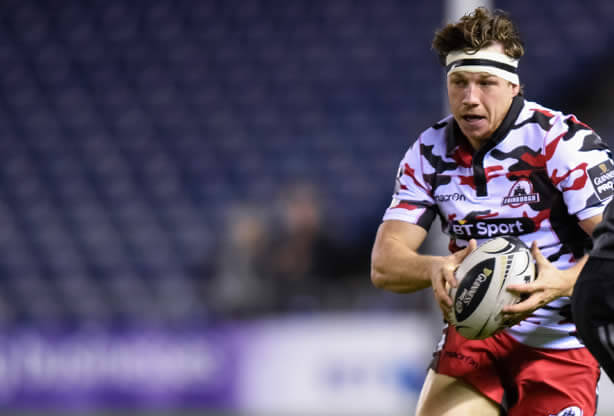 It seems all too soon since we offered up congratulations to Guinness PRO12 champions Connacht who stormed to victory in the final in May, and now here we all are again.

Scottish interest in the PRO12 kicks off tomorrow with a re-run of the semi-final that ended Glasgow‘s challenge, the champions taking on the Warriors at the start of a brand new rugby season.

Since that day, Gregor Townsend has a new job to look forward to, the players have a world class coach to impress and Scotstoun will have a new pitch once the Warriors return home.

For the trip to Galway, Townsend has picked the usual cross-section of his squad – its unlikely we’ll know the “top” team (if Toony has such a thing) until the new recruits have bedded in but it’s pretty close to the pack that finished last season, minus of course Leone Nakarawa.

Hogg, Sarto + Seymour is probably the first choice back three, while some time at 10 will do Pete Horne no harm as Finn Russell recovers (he should be back by the Autumn Internationals). On the bench there is a chance for Tjiuee Uuanivi and Corey Flynn to impress while the ever reliable Sean Lamont will no doubt a return to the action.

They take on a Connacht team which has a familiar spine to it, even if Pat Lam has lost a player or two in the off-season.

The game is live on Sky Sports from 5pm.

It’s a double header tomorrow night with Edinburgh also travelling to Cardiff, and that one is live on BBC Alba at 7.35pm. Even without Cornell du Preez who is playing for Heriots this weekend and John Hardie who is presumably still on a well earned rest, it’s a fairly balanced looking Edinburgh team with a hefty pack.

With Al Dickinson out injured until November, its a huge chance for Rory Sutherland to make a case for himself both to Alan Solomons and to Vern Cotter who is already a fan of picking the Edinburgh unit as a whole. New signings from Glasgow Glenn Bryce and Duncan Weir will hope to pin their colours firmly to Edinburgh’s mast, while the presence of Nasi Manu adds experience to a back row group that did some very impressive things last season despite their youth. There has been a criticism of Edinburgh that Solomons was too fond of foreign journeymen but Jamie Ritchie and Magnus Bradbury arguably disproved this last season.

Needless to say, a warm welcome back to Grant Gilchrist. Could it finally be his year?

Further down south, there are plenty of Scots featuring in the Premiership although the majority are consigned to bench slots.

Tonight Matt Scott makes his Premiership debut at 13 for Greig Laidlaw’s Gloucester side who take on Leicester. Newcastle vs Sale also features Scots in Jon Welsh and Scott Lawson while Byron McGuigan starts at fullback for the Sharks.

Ruaridh Jackson is on the bench while Tim Visser starts for Quins on Saturday against Andy Robinson’s newly-promoted side Bristol who have Kyle Traynor and Mitch Eadie on the bench. A breakout season from Traynor would do Scotland’s front row competition no harm.

Against Northampton, David Denton is in action for Bath at, um, openside, while Sean Maitland has already made himself at home on the wing for Saracens, with Jim Hamilton starting and Duncan Taylor on the bench. They face Worcester where Tom Heathcote is also on the bench. No word if his teammate Christian Scotland-Williamson qualifies, but he has the name for it…

So the players are, we hope, ready. Who will shine this season?