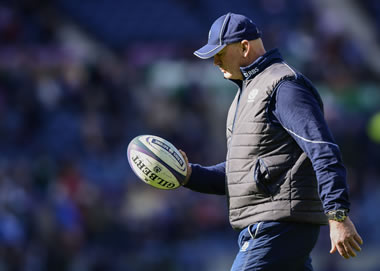 Well, we’ve been doing very little, as you can tell. The Scotland boys have been busy though, at their altitude training camp in the French Pyrenees and then a spot of R&R down by the coast. The lads at Scottish Rugby TV have a job possibly a little better than ours, and were there to film it. Worth keeping an eye on their official SRU Youtube channel for more updates like these.

It was also announced recently that all Scotland’s international matches in preparation for the 2015 Rugby World Cup will be broadcast live, with the Ireland match on Sky and the others on BT Sport.

14 comments on “What We Did on our Summer Hols”