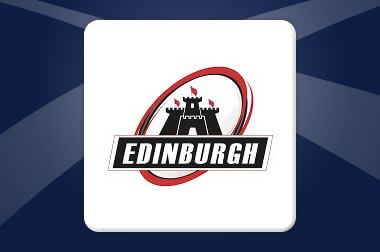 In a move that is sure to incite the ire of the Rory Hutton (/insert your other favourite Scottish club standoff here) fanclub, Edinburgh Rugby have recruited a stand-off by the name of Tony Fenner on a month-long loan deal after it was confirmed that incumbent Harry Leonard could miss the rest of the calendar year with a thigh injury. It’s the 19th of December so that isn’t all that long really is it?

Still, no-one can argue with the need to uncover some depth at 10, still painfully thin at this end of the M8 anyway. Edinburgh also announced today that David Denton will stay at Edinburgh until 2016 at least, which is heartening news for those who had heard the rumours of several bigger clubs (Leicester may have been one) sniffing about.

A quadricep tear meant Harry Leonard missed Sunday’s Heineken Cup win over Gloucester, and sees him join fellow fly-halves Gregor Hunter (knee) and Piers Francis (foot) on the sidelines – with the prognosis of this pair longer-term.

Full back Greig Tonks stepped in to orchestrate the back-line admirably at the weekend and may well be worthy of a few more stints in that position with a big left boot and reasonably defence putting him a big left boot ahead of most of the other candidates. However the club and coach Alan Solomons deemed that emergency cover was required in such a busy period in the fixture calendar.

“Tony has trained with the team this week and travelled to Kingsholm with the squad to get to know his new teammates” he said.

“He will now feature in our plans for some huge games this month, first against Leinster – a massively powerful Irish province – and then in our derby matches against our rivals Glasgow Warriors.”

Considered an astute decision maker and accurate goal-kicker, Fenner was the competition’s top points’ scorer before making two appearances for the Auckland province. Here’s an example of the goal-kicking:

Which suggests he hasn’t been in Auckland most recently anyway…