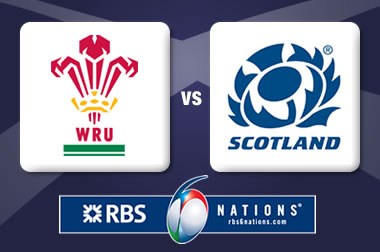 Everyone likes picking their fantasy team, but at the end of the day – potential prizes aside – it means very little, so it’s easy to just pick a bunch of guys you like, or who have played for your club. The weight your team selections carry at international level is a lot greater.

How do you view the rest of the Six Nations tournament now? Do you keep scrapping for results with a team you think you can win, or do you go for a potential gubbing at the hands of the Welsh, blood some performers from the As and a team you hope can win, if they’re up to it? Show the young guns that a good performance for the A Team is not just banging your head on a Borders’ brick wall? Show the fans that we do have talent and it’s not all the “attack” coach’s fault, honest?

This is what I would do. I think.

In terms of the pack, swap out Murray for Cross (as it is a Sunday) and that’s about it. The guys that made silly errors or dropped balls won’t be doing it again this week, you would hope. The lineout functioned well, and I’m not sure the folk calling for Richie Gray’s head were watching the same game. The pack provided more than enough of a platform, and most should be rewarded with their places. You need to keep the bulk of Hamilton and Gray to aid the scrum; and have a couple of players too heavy for Bradley Davies to drop on their heads.

Greig Laidlaw should be brought in at 10 immediately. Dan Parks has been a faithful servant, but he’s not in form and has nothing at all to do with the club revolution that brought such optimism to Scottish Rugby – other than making Cardiff a bit more rubbish. If you are trying to recapture that Edinburgh spirit that set the Heineken Cup afire – and scored heaps of tries-  Mike Blair might be your man too, if only to make things easier on Laidlaw’s game management. Cusiter can do a job, but he has to play the way he does at Glasgow when the ball is quicker, and being a threat on the break himself.

Inside centre is a real problem, and Sean Lamont will not be the answer. Wales will be sporting some hefty backs that should require Sean back in his traditional home on the wing. Is Matt Scott really ready to step up? He’s the closest we have currently to a big unit – what Robbo likes – who also has some great ball skills – what we like. Robinson said his motivation for calling up Shingler was to get a ball-player in at 12 to play a different way. We can’t have Shingler, so is Scott the man? Now that the dust has settled and it’s going to be another one of those tournaments, I say stick Scott in. I’ve been impressed with him all season and he had another good game for the A team.

Nick De Luca didn’t do anything massively wrong on Saturday but his outside centre shirt may be withdrawn nonetheless, by shifting Max Evans into the centre. I like Evans on the wing for his pace but he created a bit on Saturday, so let’s let him create and someone else (hopefully) finish.

Back three I’d have Jones and the Lamonts with Hogg for cover on the bench, we’re going to need the bulk and I’m pretty sure Rory has some unfinished business with Wales (as well as Barack Obama). Jones is there for pace, but you could keep NDL and put Evans on the wing. That would be harsh on Jones who showed he can definitely operate at this level. My worry is that Robbo scours the victorious A team for, say, Simon Danielli and recalls him instead.

Why not throw Hogg in now when I have thrown Scott in? Fullback is one of those positions where your debut can define you. Look at Fofana against Italy: he had a few wobbles then settled into his game. Fullback is much less forgiving – and Hogg, while being excellent in attack for Glasgow has made mistakes under pressure. Wales are just the sort of team that would try to bully him, so in that instance I would prefer to see him eased in at this level.

The only problem is that this team might only be able to play one way – attacking rugby.

16 comments on “Bring On The Understudies?”