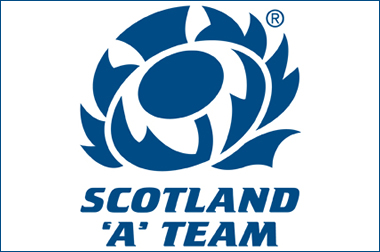 Having flicked through the channels all Friday evening looking for something that wasn’t a faux documentary about fake tanned vajazzlists learning a dance routine or a harrowing political report about our economy I stuck on Sky Sports. Trusty old Sky Sports.

It was there that I saw it. The Saxons battling the Wolfhounds. It sounded more like the Syfy Channel’s precursor to Mega Shark versus Giant Octopus rather than an International rugby match but I kept with it…

It seems that the marketing folk in rugby have decided they need to give their different teams identity. Something that can be advertised but also something recognised as unique within a complex rugby organisation. The back-up teams have their own coaches, are valued above the Under20s and the 7s sides and they command crowds of their own. They need to be named, and the players need to know what they are, those thoughts suggest.

Young Simon Zebo has had a breakout season on the wing for Munster, but he is green and has a long way to go before he usurps the likes of Bowe, Earls or McFadden. He is a Wolfhound.

Ugo Monye is struggling to recover his Lions form and needs a boost. He’ll be a Saxon.

In Scotland, though, we do not have this sense of identity. We have our ‘A’ team. They play their games in Gala and they come together after the Scotland team streamline themselves. There is the occasional tour but nothing is regular or set in stone. There is nothing that a PR or marketing department can say “let’s advertise that brand” about.

I have heard Edinburgh Head Coach Michael Bradley use the word ‘brand’ a lot when talking about his club. He is someone who knows about cultivating an identity, having punched in the mud with Connacht for several seasons. Now he is the ’A’ coach as well and he and his team have to come together awfully quickly under one banner.

There is no pressing need to call the team anything else. It is the way it has always been, say the diehards.  Monikers are both garish and irrelevant, others intone.

However, with the game set to be played in Gala it is those same diehards that also suggest any rugby will draw a crowd down there. No one dare suggest that in the Borders fans only go if one of their own is playing in the game. If there are any suggested tribal schisms this may play a part in crowd size even if some English stars are playing a Scotland team, especially if it is raining.

Would a new identity for the ‘A’’s fix this? It is almost impossible to say. Some fans and some in the media suggest that it would not make a lick of difference. If people weren’t willing to go see Scotland ‘A’ why would they pop out for the Scotland Lions Rampant?

Perhaps we will never know unless we try. I watched twenty minutes of Dinocroc versus Sharktopus and, although it was dreadful, I gave it a chance to draw me in. We have a CEO who says he is willing to consider selling naming rights for Murrayfield. Why not publicly proclaim a new ‘A’ team, on TV and in the papers? It might just draw a bigger crowd, it might not. It may be a disaster.

What would they be called, anyway?

The Bravehearts? The Claymores? The Gael Force? The Kelpies? The Banshees? The Bay City Rollers?

19 comments on “Should Scotland Rename The ‘A’ Team?”