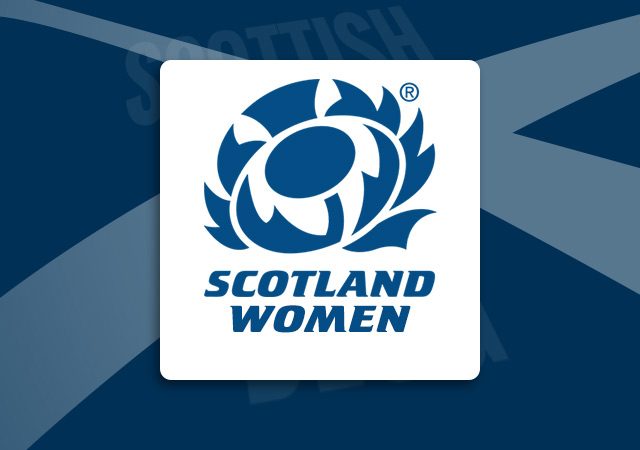 Scotland await their maiden win at Scotstoun and will face Wales next week in the 5th/6th place Guinness Women’s Six Nations after the slick handling of Italy blew Scotland away on a breezy day in Glasgow.

The set-piece had been earmarked as an area where Scotland would look to dominate, and one where Italy had struggled last week against England, but the Italians put the Scots under real pressure at the first couple of scrums on their own feed.

Then, when the Italians got the feed at a scrum in the Scotland 22, Beatrice Rigoni powered through Chloe Rollie to give the Italians an early lead.

A counter attack off a sloppy Scotland line-out extended the Italian lead as they quickly moved the ball to the left flank for captain Manuela Furlan to race away for a second try in the opening 10mins.

Both teams were having a bit of a nightmare with their line-outs, the first five (3 for Scotland, 2 from Italy) failing to find their marks, and when an Italian error led to a Scotland scrum and then penalty for Sara Barattin’s interference on opposite number Mairi McDonald, Scotland went to the touchline.

This time Lana Skeldon went shorter and found second-row stalwart Emma Wassell, the Scots maul got moving and Skeldon was there to score.

The Italians were looking more fluid with ball in hand and thought they had scored again when Rigoni dived over the line, but the inside centre had spilled the pill just before regathering and grounding.

After the ominous start, Scotland had started to get their act together defensively, while Italian discipline had deserted them.

An interception from McDonald which she then kicked ahead led to a penalty in the Italian half when McDonald was hit late, and although the Scots were unable to capatilise from the line-out, another penalty went their way when Rigoni cleared Sarah Law out before she entered the ruck.

With 39mins on the clock, captain for the day Helen Nelson went for the posts to reduce the deficit to two points.

However, as we’ve seen at Scotstoun often this season with the Glasgow Warriors, the hosts conceded with the clock in the red.

Italy scored their bonus point try at the start of the second half when Scotland switched off at the ruck and left a space which Rigoni went through, scrum-half Barattin weaved towards the try-line and although Chloe Rollie managed to get back and snaffle her 10m short of the line, full-back Vittoria Ostuni Minuzzi crossed in the left corner.

Another Nelson penalty reduced the arrears and pushed the Italian penalty count into double figures, prompting referee Nikki O’Donnell to have a word with captain Furlan about their discipline.

Excellent maul defence with the Italians rumbling towards the line won Scotland a scrum from which they won a penalty to clear their lines.

Italy, though, were streets ahead in the metres made category and had the advantage in the scrum. When they turned over the Scottish pack in their own 22 there was a sense of pending doom, and Furlan crossed in the left corner for her second.

Scotland’s longest passage of possession – briefly interrupted by an injury to an Italian player – didn’t go far and once Italy had stripped possession they showed how much more incisive they were in attack with Rigoni squeezing between Siobhan Cattigan and Lisa Thomson to join her captain as a double try-scorer.

Following the thirteenth penalty that Italy conceded, but somehow no card appearing despite O’Donnell having warned Italy after penalty number ten, more good mauling got Scotland close to the line and Emma Wassell dived over following a series of pick and gos.

With what transpired to be the last play of the match, Furlan completed her hat-trick and Sillari’s tough conversion took Italy over 40 points.

Defensively, Scotland have to make themselves harder to score against. Too often players bit in and left holes on the outside, so better communication, organisation and trust in their teammate’s ability to complete the tackle are needed if they are to avoid the least coveted award in rugby: the wooden spoon.

SRBlog Player of the Match: Evie Gallagher impressed on her first start with a physical performance, centres Nelson and Thomson looked most likely to breach the stout Italian defence – Thomson for the main kicked to touch and restated well – but there’s a reason why Emma Wassell has played 45 games on the trot.