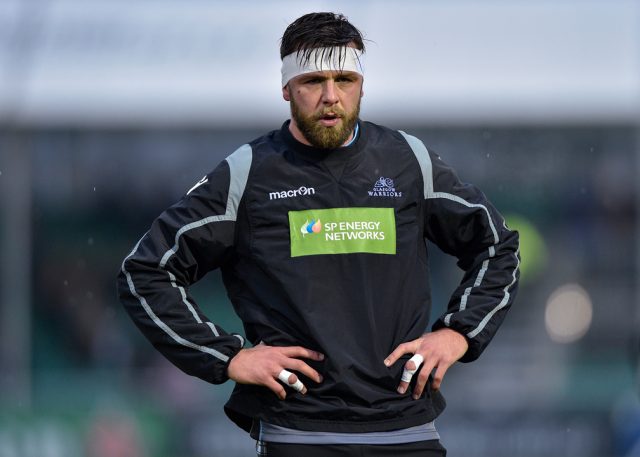 After our earlier revision of the group of backs that Gregor Townsend might take to the 2019 Rugby World Cup in his squad, attention turns now to the Scottish pack, which has been a far less settled unit this year. Matters are complicated further by injuries to several key figures and as I’m proceeding on if we picked it today” basis that causes a few headaches…

We don’t yet know the first choices in either position here.

Gordon Reid filled the jersey well during the Six Nations earlier in the year but he had one run out in the autumn. A rejuvenated Allan Dell was the liveliest performer although the scrum is undeniably not his strongest area. Until his recent ban, Alex Allan was in pretty decent form for Glasgow (and is very highly rated on the RugbyPass Index!) although most of his Glasgow appearances have been from the bench in the considerable shadow of the (not-yet-qualified) Oli Kebble.

It’s a similar story at Edinburgh with a South African project player rapidly winning favour with the coach. It means both Jamie Bhatti and Rory Sutherland are now a little off  pace while the hero of November 2017, Darryl Marfo, has barely been seen in Edinburgh, making his first appearance in some time during the defeat to Munster recently.

Reid’s issue is currently the level at which he plays his club rugby (as is Marfo’s); Allan’s is game time. But we need one of them to step up to challenge Dell or it’s going to be nail-biting at scrum time unless Danny Wilson can work wonders with Dell’s technique.

On the other side of the scrum the choices are a little better, but still without a . WP Nel going a little backwards and Berghan a little forwards make them the first two choices but it is harder to pick a starter these days.

means we need to leave out Zander Fagerson in this version but he should definitely be back in straight away come the spring. For now, Murray McCallum gets the nod for versatility as much as anything else but D’Arcy Rae could be a bolter if he keeps improving for Glasgow.

Writing the draft of this a week ago it was pretty easy, but since then both Fraser Brown and George Turner have picked up injuries and I find myself having to turn to experience just to get enough bodies on the plane. That’s right, we’re turning back the clock to the glory years and taking Ross Ford alongside Stuart McInally, who is a candidate for skipper too.

All being well with the world, Brown should be back midway through the Six Nations – it’s getting close, people – and is a certainty to travel come next autumn. Assuming the injury that took him out of the Glasgow win over Lyon is not too serious, Turner is also really likely to battle it out with Ford for that 3rd spot, as it may come a little soon for the promising Grant Stewart. For this version we’re going for Leicester Tiger’s Jake Kerr who is fit and playing.

The continuing absence of Richie Gray for club and country makes picking this four pretty simple. Sam Skinner did enough in the autumn to suggest he should get a chance in the spring, although Tim Swinson is fit again and we know  is a fan.

There are young locks like Scott Cummings and Callum Hunter-Hill coming through but they are short on opportunities until the next international window lifts everyone back out of their path.

In terms of depth, I am hopeful that this selection will be trickier in March, when it may well come down to a choice between Toolis and Gilchrist for that fourth place.

Ouch, picking this one hurts. Can we agree though that the only real standout is Hamish Watson? There are a pile of players all playing at about the same level just below without consistently hitting the heights we are keen to see, and we need some star-making performances in the Six Nations to separate them out. It is still quite easy to see a collection of the usual suspects (Barclay, Wilson, Denton) making up most of the selection next year based on experience.

Purely on recent months though, John Barclay is out although we know he’ll be back as soon as he’s fit, as is Dave Denton who is less certain of his place. Jamie Ritchie would have earned a spot for some excellent work in November but is listed injured as of last weekend, dammit. Magnus Bradbury is unlucky that injury spoiled his chance to display some fine club form. Next year, Ritchie might struggle if everyone is fit purely as with Hardie and Watson they are well served for 7s and Six-ey 7s and there might be a need to find more Six-ey 8s. Luke Hamilton’s form has been mixed since pitching up at Edinburgh, but put in a lot of work at the weekend.

Adam Ashe is one player who is finally back fit and looking like he could yet be in the mix if recent Glasgow performances are anything to go by but it is hard to see taking him ahead of, say, Wilson who has experience on his side.

John Hardie is playing well for Newcastle, so he’s close to going too as an experienced international operator. Compared to the Irish units they will face on September 22nd, my chosen selection does look a little underpowered, though I’m not sure what the answer is – Bradbury and Barclay being fit? Growth hormones?

Even with a few players injured it is a difficult group to select. It would be nice if a few more of them looked like world beaters though…

So here is my complete squad based on who’s available following Autumn and European action:

And just in case, here is who I would take if everyone was fit and all (or some of) my hopes and dreams come true:

As usual I am sure there will be healthy debate below.

I’ll take another look at the whole squad following the Six Nations to see who’s in, and who is out after that.

By then things will be close to the wire indeed.