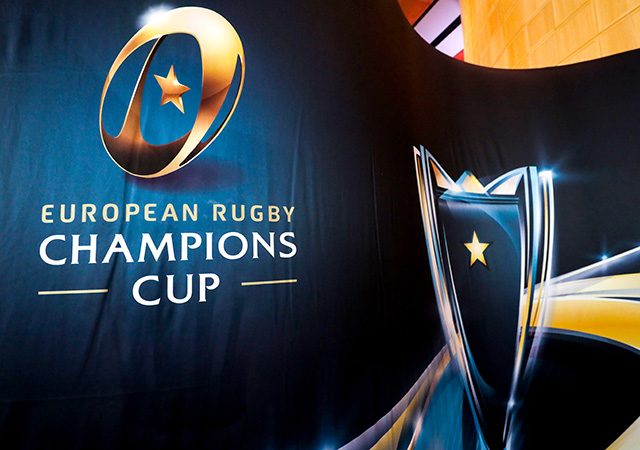 Glasgow are flying high in the Pro14 but now attention turns to the area where success has been limited in recent years: Europe.

Last season, they doggedly made it into the knockout stages for the first time only to be clinically dismantled by eventual winners Saracens in the quarter finals. Two dispiriting losses to Munster overshadowed the amazing wins over Racing 92 that saw Finn Russell emerge onto the world stage (Dan who?), and those pesky Saracens ensured that Townsend’s final tilt at a target that has long eluded Scottish clubs ended with a bit of a whimper.

This year they face another tough group – since the “poopy cup” restructure from the old Heineken Cup there is not really any other kind – including Premiership champions Exeter, Vern Cotter’s Montpellier and 3 time winners Leinster.

This is the sort of thing Dave Rennie was brought in for. Taking a reasonably well-performing side and getting them to mount a truly credible challenge in Europe must be his main aim – though another PRO14 title would, of course, be nice. If Toony broke the glass ceiling, Rennie needs to get them climbing through it and dancing on the roof more regularly.

Glasgow have won just two of their 19 games away to Premiership opposition in Europe, but they are arguably on an upward trend with the most recent of those being the trouncing of Richard Cockerill’s former Leicester side (he was out of the door by that point) at Welford Road. They also have a winning record against the Chiefs, beating them twice in 2013/14.

Rennie has plenty to work on though. A high defensive workrate is still the key to their success with both of the competition’s top tacklers last season Warriors players (Johnny Gray and Ryan Wilson) and that will need to be maintained against more determined opposition than they have faced so far.

A bonus perhaps will be that last season teams like Saracens and Munster sometimes looked like they had Glasgow figured out, and a change of coaching approach in attack and defence might just restore them a bit of mystery. Plus, of course, there is Finn and there is once again Niko – no-one figures them out!

Will Stuart Hogg help Glasgow to the latter stages of Europe once he returns from injury? – pic © EPCR/Inpho used with permission

Glasgow have misfired quite badly in the set-piece despite the six wins and that will be an area causing Rennie and Jonathan Humphries sleepless nights; Exeter didn’t win the Premiership title with a dodgy scrum and they are a far more complete side than the one Glasgow beat in the past.

Rennie has opted for the young props that have played the bulk of the season so far but they will face a hefty front row group boasted by the Chiefs including Welsh international Tomas Francis on the bench. No sign of Moray Low. Fraser Brown has recovered from the head knock he took last week and will need a big step up in performance from the one against the Cheetahs.

In the back row, Adam Ashe is chosen at Number 8 and this will be a great chance for him to lay down an international marker, while Callum Gibbins who has made himself a WarriorNation favourite after just 6 games will bring his unknown quantities to the Chiefs defence with the usual force.

There is also a familiar face on the bench for the Chiefs – Scots qualified Ollie Atkins (thanks Gav).

Out back the Chiefs are without England and British Lions winger Jack Nowell, who sustained a facial fracture in last weekend’s home game with Newcastle Falcons but they still boast plenty of quality in Lachie Turner and Henry Slade. Rennie on the other hand has a backline who all have Scotland caps (some more than others) and despite Rory Hughes absence following shoulder surgery, can call on Scotland’s best wing in Tommy Seymour and Scotland’s form winger in Lee Jones. At fullback, the Ruinaissance continues with Ruaridh Jackson making life difficult for the imminent return of Stuart Hogg.

The Warrior Nation now travel in numbers to support their team and the noise they make and the results on the pitch so far this season should mean they will be taken seriously by the opposition, and Glasgow would do well to return the favour against a team not packed with stars that might seem beatable on paper by a team stacked with caps, even with some big names yet to appear.

The potential of a backline containing Russell, Huw Jones, Tommy Seymour and Stuart Hogg being unleashed on faster tracks in the spring is as exciting for Glasgow fans as it is for Scotland fans, but they need to make sure the groundwork for a serious tilt at the knockout stages is laid now – starting this weekend.