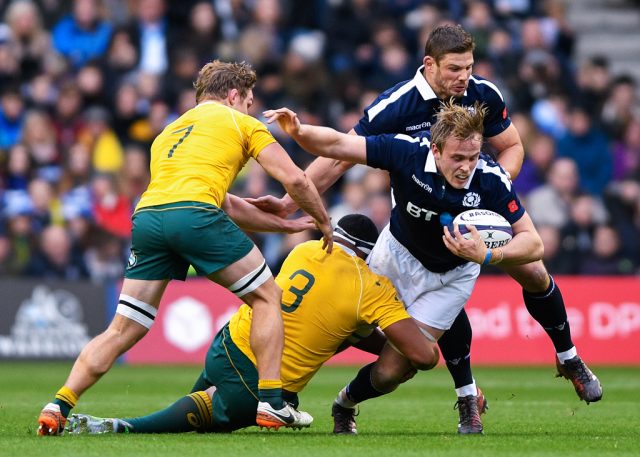 The Toony Tombola™ goes full international with this one as new head coach Gregor Townsend makes 8 changes to the starting lineup that saw off Italy with relative ease.

Things to work on? Yes.

Wholesale change? Not so sure. Maybe it is a development tour after all…

The biggest change takes place in the back three where Lee Jones is rewarded for his excellent late-season form but Rory Hughes and Greig Tonks also return to the fold, perhaps unexpectedly. Tim Visser is the last remnant of Scotland’s first choice back 3/4 group (Seymour, Hogg, Maitland, Visser) but sits this one out with a rib injury. There’s no place for Damien Hoyland but that could perhaps be a size thing with Jones on the other wing.

Tonks coming in is a result of moving fullback Duncan Taylor to 12. He often plays at 13 but perhaps Townsend wants a look at him at 12 with a view to partnering Huw Jones in the Autumn.

Another big surprise comes up front with Zander Fagerson given the chance to start at tighthead and WP Nel, who came through the Italy game but looked rusty, on the bench. The extra heft of Gordon Reid allows Fraser Brown to come in at hooker to reform a familiar looking unit from the spring.

Jonny Gray returns to the second row to create a potentially very dynamic partnership with Ben Toolis and in the back row, “joker” Ryan Wilson (don’t they know he’s Batman?) replaces Josh Strauss at Number 8 and Hamish Watson comes in for John Hardie.

Does it have the makings of a side that can beat Australia on their own patch? The Australians have a pretty strong first XV out on paper – when you ignore Super Rugby form – but are delaying naming the bench until tomorrow.

The Australians have a pretty strong first XV out on paper – when you ignore Super Rugby form – but are delaying naming the bench until tomorrow.

56 comments on “Australia vs Scotland: The Teams”