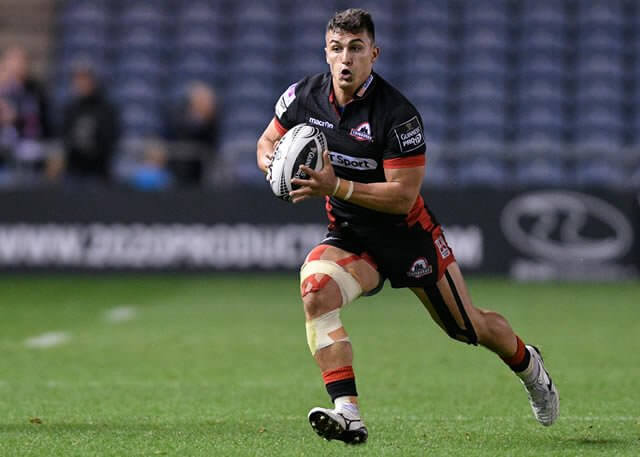 Vern Cotter announced his last squad for a November International series amidst mixed European results for the pro-teams, a raft of injuries and a spat between English Premiership Rugby and several Tier 1.5 unions (Tonga, Samoa, Italy and Scotland) over player injury compensation.

As expected, several English based players were named in the squad with the SRU left to haggle out a solution in time so that they can play, most in the backs. So Moray Low, Sean Maitland, Duncan Taylor, Tim Visser and captain Greig Laidlaw could be said to have question marks next to them…

The squad features four additions and five replacements to the group that secured back-to-back test wins over Japan in June. Zander Fagerson was on U20s duty while Mark Bennett was at the Olympics, but neither of their call ups could be considered a surprise.

The big shock was the absence of tighthead prop WP Nel (neck), who along with Rory Sutherland (groin) will sit this one out through injury. It gives a great opportunity to Edinburgh prop Alan Dell (qualifies through a Scottish grandmother) who impressed in the win over Harlequins. But it does mean Scotland could struggle to repeat the scrum demolition Nel handed Australia in the 2015 World Cup.

Other names left out include Sean Lamont and centre Matt Scott, who has been in good form for Gloucester and who might have been less of a risk than the currently injured Duncan Taylor – who must be closer to return than we thought. It does mean we get another look at Huw Jones though.

There’s also no call up for Edinburgh’s Cornell du Preez who has qualified on residency but hasn’t had as much game time at Edinburgh now that Nasi Manu is fit and Magnus Bradbury is going so well. Speaking of Bradbury, he will train with the squad along with a few others to make up the numbers and gain useful experience, although Blair Kinghorn could count himself unlucky not to be in the additional group.

There’s a welcome call up for Damien Hoyland who was in blistering form over the last two European weekends; all of the wing candidates have scored plenty of tries so far this season so even if Seymour – the standout candidate – hasn’t recovered in time, the back division should still be a useful one.

Edinburgh’s standout player of the last few seasons, Hamish Watson, also gets another chance and with his power massively increased – and often on display as he stands up 2 or 3 would-be tacklers – you hope he will get a chance to put to bed and worries over his size. The only slight drawback, as with Edinburgh, is that the dynamically-crazed openside is pretty much a like for like with John Hardie so we’re unlikely to see them both in the same team.

It’s a good squad on paper but there are one or two names short of fitness or game time (Taylor, Hardie, Horne, Seymour, Dickinson, Dunbar), while the Aussies and Argentinians have been warming up by playing the Best Team Ever™.

It should be an interesting November.

A further four players have been invited to train with the squad: Magnus Bradbury, Nick Grigg, Rory Hughes, Ali Price