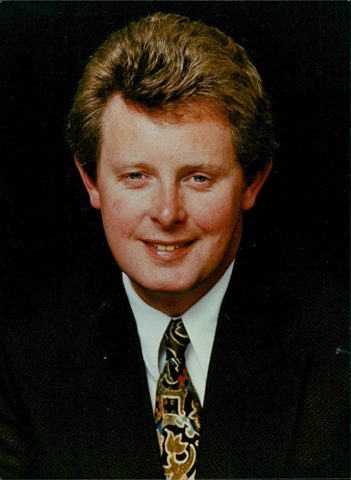 Earlier this week, Gala coach George Graham criticised the SRU’s policy of allowing professional players from Edinburgh and Glasgow to turn out for clubs in the Premiership. Graham’s concern was that the practice was distorting the Premiership with some clubs benefitting more than others.

The week before, Berwick Rugby Club made the 700 mile round trip to play Orkney in BT National League Division 3. A journey that took three days and cost £5500. The Club’s players, coaches and volunteers might be forgiven for reading Graham’s comments and muttering darkly about “first world problems”.

The logistics of making such a journey give an insight into the financial pressures facing a club like Berwick and this story will echo with the experiences of other clubs at a similar level. The SRU gives a grant of £2750 to clubs travelling to the Islands, leaving Berwick to cover the rest of the costs. But it was a challenge the club were ready to face.

“We’re used to people moaning about having to come to us,” says Colin Frame who was in charge of organising the trip. “Because we’re in England we have folk thinking we’re in London. We’re actually further north on the map than a lot of Scotland and we’re not the longest trip Orkney will have this season as they’ve got to play Dumfries. It’s about being organised, embracing it and trying to make the journey and turn it into a positive. We had no problem with making the journey and Orkney were incredibly hospitable.”

“As soon as the fixture list came out we started looking at logistically how we could go and make the trip to fit in with getting people up and down in a sensible way. The starting point was looking at flights and to charter a plane that would fly you up and back on the same day we were quoted over £13,000. So that was a non-starter.”

In the end the club hired a bus and were able to get a deal from their usual bus company, Perryman’s. The ferry company also gave the club a discount by way of sponsorship knocking 30% off the price. However that wasn’t the only bargain the club got out of the ferry company.

“On the ferry across there was a notice you could upgrade to the first class lounge area and that £7.50 upgrade entitled you to free complimentary drinks,” says Frame. “So of course on the ferry back the vast bulk of the squad spent the £7.50, decanted to the first class lounge and basically emptied the bar. I think they had to refill it three times in an hour and a half. It’ll have cost the ferry company a fair bit.”

As many readers of this blog might know, booking a hotel for a rugby club is far from straightforward. The team travelled to Orkney on the Friday night and were fortunate that the Kirkwall Hotel on Orkney had links with Orkney Rugby Club and gave them a deal on the rooms. Other hotels on the island were reluctant to accept the booking due to problems they’d had with travelling teams in the past. This was repeated when the club tried to book into a Premier Inn in Inverness on the way home. The team was split over two separate hotels due to “demand” but as Frame observed “both hotels had capacity to take the whole team.”

The game was played on a weekend where 70 out of 74 fixtures were cancelled across Scotland due to the weather. “It was all a bit nippy bum time,” says Frame. “Both the ferry company and the Kirkwall Hotel said if the game’s postponed because of bad weather we’ll simply shift the booking to another day. The Premier Inns were treated as private bookings so we were able to cancel on the day of arrival. So it was the bus company that were the worry because they needed at least 48 hours notice. So because we were leaving on the Friday it meant we had to make a call first thing on the Wednesday. If it had been cancelled on the Friday night we would have been stuck with the costs. There was snow all the way up and we got onto the Island and we could see there was a touch of frost. On Saturday morning there was a bit of frost but when we got to the ground it was in very good order and by 20 minutesinto the game it was pretty warm. A miracle.”

The club raised money for the journey through a race night run by the players which raised £1000 and sponsorship from Simpson’s Malt, a local company with ties to Orkney. “Overall we were left with the club having to pick up a bill of about £500 to £600,” says Frame. “Any away fixture we hire a bus for it, so in terms of cost it was only an extra couple of hundred overall.”

Sports administration isn’t the most exhilarating of subjects but looking at the efforts involved in a club like Berwick fulfilling a single fixture highlights the difficulties most clubs face. Without those clubs and the efforts of the volunteers running them, rugby in Scotland would be in serious trouble.

Berwick has produced two Scottish International props in Gavin Kerr and Craig Smith as well as an Under-20s World Cup winner in Scott Wilson. Wilson is Scottish by birth and an extremely exciting prospect but appearances for the England Saxons means he is now tied to the Auld Enemy.

The bulk of the Berwick team is made up of players who have come through the club’s youth system with some travelling from Newcastle and Edinburgh such are the strong ties to the club. Other teams in the National leagues pay players a match fee, which is allowed under IRB and SRU rules, with some even recruiting from overseas. There is the tale of one team who beat their rivals earlier this season only to find the same opponents littered with Southern Hemisphere imports on the return leg.

“We just couldn’t afford to pay players,” says Frame. “If we did we would be on a downward spiral. You hear different stories and some of them are on £50 a game in amongst the Borders and that’ll be at the bottom end of it. Others will be on more. Multiply that by a squad of 20 across a year and that would simply bankrupt us and it would mean that we wouldn’t have the money to put into the youth system which is the lifeblood for us. The ethos that we’ve had is that we’ll only spend what we make. So we raise money first and then spend it. And we won’t spend money on paying players. We’ll spend the money on facilities and helping players go through coaching.”

Frame believes that having a squad of local players delivers a better team spirit. “The spirit on the trip up to Orkney was fantastic and you could just see the team bonding. When you’re stuck on a bus for seven odd hours you get to know folk good and bad. Adam Hardy, the scrum half who got man of the match, has just come into the first team squad and he’s just blossomed in it. Gareth Clark the young prop came along and was the life and soul of the party.”

Berwick are not the only club to rely in a fertile youth system rather than paying players to turn up or even move hemispheres. However, over the summer a company advertised for South African, New Zealand and Australian players to come over and play for Scottish clubs with airfares and relocation costs covered. Having project players in the two pro teams is one thing but deliberately recruiting into the National leagues will have a long term detrimental effect on young players coming through if clubs fail to invest in their youth structures. That is a much more worrying prospect than the likes of Jerry Yanuyanutawa occasionally turning out for Glasgow Hawks.

For Berwick though, the biggest challenge of the journey was getting the card table to fit on the bus. “Colin Robinson the chairman of selectors has made a couple off specific boards which fit very neatly in the spaces space between the bus seats,” says Frame. “So we can have a card table that’s about four feet long and allows four to six people to play cards together on the bus. Unfortunately Colin picked up the wrong board so when he got it on the bus it wouldn’t fit. That would have meant all the way up and all the way back they wouldn’t have been able to play cards and as you can imagine keeping players entertained on a bus trip of that nature is absolutely imperative. So we phoned Gareth Hill, one of our players we were picking up on the way, and he went to a DIY shop and picked up a saw. When we picked him up there were some roadside repairs to the table and Colin took two inches off it to make it fit.”

The match report can be read here.

We’re always keen to feature stories about clubs other than the two Pro sides. If you think you’ve got a story about your club please get in touch.

13 comments on “The Long And Winding Road”