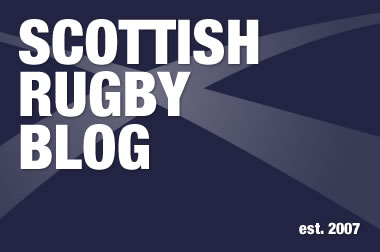 The team at Scottish Rugby Blog Towers are a liberal bunch and love a bit of debate about all things rugby. We know that our readers do as well. Part of the joy of writing is reading the comments you leave and seeing the range of opinions out there… even if we don’t always agree!

Over the past 12 months of so the number of visitors to the site has increased and so have the number of comments we’ve been getting on articles. We all do this for fun in our spare time so we’re not always able to keep an eye on the unfolding debate as closely as we’d like. We’ve taken some steps to limit the time articles are open for comments and can try and block people from commenting but it’s always possible people will be able to get around this.

We have only blocked two individuals from the site so far. Both were given fair warning but persisted with what we considered to be unacceptable behaviour.

We’re working on a site redesign and we’ll be launching some general guidelines for commenters at the same time. In the meantime please play nice with one another. As a general rule you shouldn’t say anything you wouldn’t say out loud in front of your own mother. If you’re concerned about anything someone says in the comments please feel free to flag this but we’d prefer to avoid mob rule so try and avoid ganging up on individuals. To paraphrase Judge Dredd – We Are The Law.

We won’t be opening up comments on this article for obvious reasons.