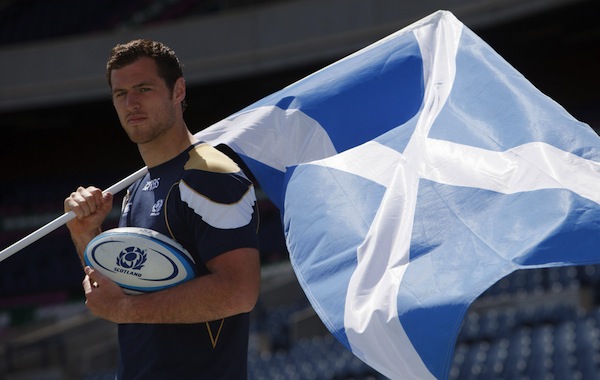 Generally the pretty boys of rugby, the wings in most clubs can be found in the changing rooms long after everyone else has hit the bar.  After all, that hair isn’t going to style itself.  For all the preening, posting about hand-tailored shirts and fluorescent boots, a solid pair of wings is essential for a successful side, and these days they still come in all shapes and sizes.

The attacking merits of good winger are there for all to see on the scoreboard. They’ll be the ones to capitalise on an elusive overlap or steal the glory of others hard work with a short sprint (and usually a dive) for the line. Yet, for all the fast feet, side-steps and blistering pace these days, just as key is the necessity for a solid defence.  After a standoff, a winger with a weak defence is the next most obvious target for attacking runners.

The wings is actually an area where we have been at times blessed with solid players, if not world class talent. However you could have Lomu out there and he’d struggle in the current Scotland side as the ability of our centres to get the ball that far seems limited. But we’ve still got two to pick. Who’s going to give us those tries?

It’s been a long time since Scotland have had a player who has the clinical finishing of this guy.  5 games, 4 tries of which 2 have come against the New Zealand would tend to point towards a player who has taken to the international game with gusto.  His RaboDirect PRO12 record is examplary. For all his attacking verve though Visser is not necessarily the strongest defensively, in particular he has shown a weaknesses to balls being played in behind. There is still some development work to be done but he is clearly aware of this.  If you put someone like Visser into, for arguments sake, the Irish or French sides it would be interesting to see just how many tries he would end the tournament with.

Nashville, Tennessee is not exactly a hot bed of rugby activity but this good ol’ southern boy has, after a short spell at Ulster, made himself at home in Glasgow and broke into the national training squad in the Autumn internationals.  Blessed with searing pace he’s solid winger and at 24 he still has plenty of time to improve and refine his game. Most tellingly, he’s been in great scoring form for Glasgow.

Quade Cooper’s cousin came to Scotland with a big reputation after being a try scoring machine for the Crusaders in Super 15.  He’s only played a handful of games since landing, notably dotting down against Edinburgh, but seems to be settling in and while there were rumours about his workrate, he certainly threw himself about against Ulster on Friday.  Having given up on playing for the All Blacks he qualifies to play for Scotland and will surely be in the thoughts of Scott Johnson.

Sean Lamont is still able to add value not to mention no small amount of passion. Even if it’s just in making certain (nameless) women smile and purr at his six pack. Lamont has been used out wide and in the centres so his flexibility would mean that he may have an outside chance of making the bench. Johnson has discussed looking to the future, and if he needs someone to start building some confidence now the likes of Lamont or Max Evans who have been great team guys but low scoring for wingers could find themselves in the wilderness.

My picks:  Visser goes straight in without a doubt, even in this Scotland side he scores!  His form for Edinburgh has been patchy but in the absence of clear-cut attacking options he has been more than happy to throw himself about. The other wing is not so obvious a pick, but considering his reputation and stats, it probably should be Maitland who has the potential to be as prolific as his other wing compatriot and already has experience of high level rugby. As we’ve seen with Glasgow though, he’s almost interchangeable with Seymour so don’t be surprised if the Yankee-Ulster-Scotsman lines up on the 2nd February.

9 comments on “Our Team: Wings”