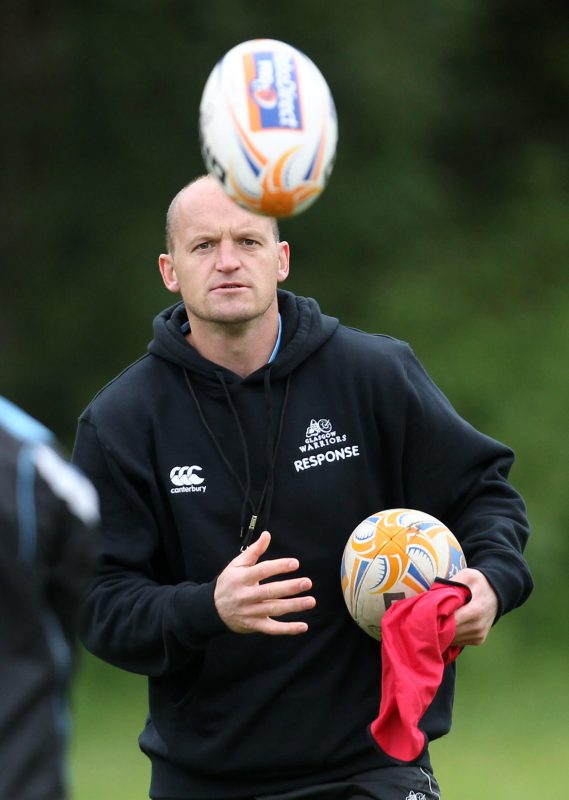 Glasgow Warriors final pre-season match ended in disappointment when they were defeated 15-6 by English Premiership outfit Exeter Chiefs in front of a large crowd at Millbrae.

An Exeter try six minutes from time ensured Glasgow would begin their RaboDirect Pro12 campaign on the back of a loss; however plenty of positives could still be taken.

Glasgow travelled to the Ayrshire coast with a second string team but demonstrated the strength and depth they now possess within their squad as they were able to field a number of internationalists including John Barclay, Duncan Weir, DTH van der Merwe, Tom Ryder, Moray Low and Graeme Morrison.

The game began brightly with both sides showing attacking intent and after five minutes, Exeter had the opportunity to put themselves in front but Ignacio Mieres stroked the ball wide of the posts.

It was Exeter who dominated the opening exchanges with the away side helming the Warriors into their own half for long spells in the first 25 minutes.

The Chiefs probed the Glasgow try line and forced the hosts to touch down for a 22 drop out twice inside the first half hour.

However, at the tail end of the first half Glasgow began to exert pressure on their visitors and after 38 minutes they had the chance to edge in front when they were awarded a penalty from 45 metres but Duncan Weir hit the ball wide.

Weir then had an opportunity to amend his failure on the stroke of half time when he had another penalty in front of the posts. This time the Scotland fly half made no mistake in slotting the ball calmly between the uprights allowing Glasgow to lead at the break.

Two minutes into the second period, Glasgow gave away a penalty allowing Mieres to put his side on level terms but for the second time in the match he put the ball wide of the target.

Moments later, the Chiefs then turned an embarrassing moment into a point scoring one. Mieres looked to slot a penalty between the sticks from 15 yards but contrived to hit the right post. The rebound caused havoc within the Glasgow ranks and allowed Chris Whitehead to dive over the line from a ruck.

His confidence clearly shaken from his earlier miss, Mieres failed to add the extra two points on offer.

With the new season starting next weekend, Townsend was keen to blood as many players as possible and Morrison, Macdonald, Eddie, Cusack, Murchie and Fusaro all took to the field of play before the 60 minute mark.

Graeme Morrison immediately made an impact and with one of his first touches of the ball he troubled the Exeter defence. The robust centre burst through three tackles before striding forward deep into Exeter’s half after 50 minutes allowing Glasgow to pressure the Exeter try line.

Despite being unable to cross the try line, Glasgow’s counter attack forced Exeter to make errors and the Warriors were awarded a penalty on the touchline.

Duncan Weir slotted between the sticks in the Millbrae rain to put Warriors in front by a single point.

Following another raft of substitutions, the Warriors looked unsettled and conceded a try with just six minutes remaining when the Exeter forwards rampaged down the centre of the field before James Hanks crashed over the line.

Substitute Steenson knocked over the resulting conversion to put Exeter ahead and on the stroke of full time he slotted over a penalty to put the result beyond doubt.

Despite the defeat, Gregor Townsend thought the match was ideal preparation for next week’s league opener against last year’s European Cup finalists, Ulster.

He said: “I was delighted with the effort of the guys. During the week we looked to improve on our defence and that was evident tonight. The understanding of how we want the boys to play was there and it was a big step up from the training games we have played.

“The goal of pre-season is to get players ready for the first game as well as to use as many players as possible so they are match fit. We used 25 players tonight which was great.

“We are on the right path ahead of next week. We are under no illusions that Ulster away is going to be very tough but I was very pleased with how the guys responded tonight following on from the disappointment against Sale Sharks.

“It was great to play at Millbrae especially for the local guys such as Gordy Reid who received a great reception. It’s always good to play in the areas where our supporters come from.”

Glasgow Warriors have since issued an injury update on several players who were not involved in the match.

Full-back Stuart Hogg has a persistent ankle problem that has failed to settle since his return from Scotland’s successful summer tour of Australasia, and underwent surgery last week that will keep him out for up to 8 weeks.

Lock Tim Swinson, meanwhile, will be out of action for three to six weeks after sustaining a facial injury in last Saturday’s game away to Sale Sharks.

Hooker Pat MacArthur is undergoing assessment for a foot complaint, with further investigation due to take place next week.