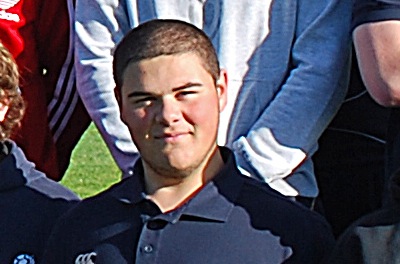 A teenage Scottish club rugby player has made his international debut . . .  for Pakistan, in rugby league.

Shabaz Khan (pictured), an 18-year-old prop from RBS Premier Division 3 club Dalziel, ended up playing for the Pakistan rugby league side against their United Arab Emirates’ counterparts in a match in Dubai.

Shabaz, a Modern Apprentice with Scottish Rugby in partnership with the Waysiders/Drumpellier club in Coatbridge, takes up the story.

“I was born in Glasgow but my dad was born in a village just outside Peshawar in north-west Pakistan.   I had contacted the British Asian Rugby Association (BARA), which is based in Leeds, really to make them aware that I was British born, of Asian descent.”

BARA then got back in touch with Shabaz and invited him out to Dubai, where he ended up playing in the second-row for the Pakistan international rugby league side in a match against the UAE, which they lost 26-30.

“I checked beforehand that if I got this cap for league it wouldn’t stop me playing for Scotland because my dream is to play rugby union for Scotland,” Shabaz added.

“There were three training sessions before the match and I’d played a little bit of league last summer so I knew the rules.”

Dalziel confirmed that Shabaz has broken new territory for them – their first player to play for Pakistan rugby league and that his dream of playing for the full Scotland international side would also be another first for the club.