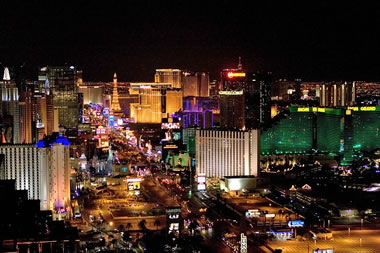 After a disappointing performance in Wellington we arrived in Las Vegas determined to make amends for our poor final placement.

The day after the New Zealand tournament (Sunday) had consisted of our usual recovery – 30 minutes spinning on a bike followed by mobility and stretching work in the pool. We were not scheduled to fly out of Wellington until Monday afternoon so we had Sunday afternoon to wander around Wellington, receive physio or just relax.

Three Breakfasts In One Day

Monday started off like many other Mondays. Breakfast was followed by a gym session and then lunch. We then flew from Wellington up to Auckland – not all that unusual. Nor was dinner- chicken noodles at the airport. After this we boarded a flight to Los Angeles, around 7:30pm. 12 hours later we landed at 10:15 Monday morning. Whilst in transit at LAX airport we had our 3rd breakfast of the day (one in New Zealand, one in the sky and one in LA). A short flight east and we arrived in fabulous Las Vegas.

Compared with many of the airports we are becoming acquainted with, McCarran airport is certainly not dreary. Almost before you are off the plane you pass a series of slot machines. You then have to catch a train to collect your bags.

We met our liaison officers – one a marine, one a member of the US Navy, who then shipped us over to the hotel. (groan – Ed.) Arriving at the hotel you quickly realise nothing about the Vegas experience is going to be similar to Wellington. The Scotland team were on the 37th floor, a decent distance from the distractions of the casino far below. But you can never quite escape the constant noise of other hotel residents coming and going, and sirens blaring on the strip below. Unbelievably it was still Monday as we sat down to our first meal in the hotel.

Food, America; Las Vegas. I’m sure you are picturing a huge buffet, over-sized portions, choices etc etc. Actually, it was nothing like that. It was a buffet. But it consisted of over-cooked chicken, over-mashed potatoes, watery tomato sauce, under-cooked pasta and a smattering of veg. The good news was that it remained like that for every dinner throughout the week so we had plenty of time to become accustomed to it. The bad news: no matter how much you eat of it, you don’t get to like it.

Disappointed in our first feed in Vegas and longing for the flavours of our first dinner of the day way back at Auckland airport we headed for our rooms eager to put the longest Monday ever behind us and wake up fresh and ready to start training.

Gruel, A Pep Rally and Karaoke

Before heading to training we had to fuel the engines. Cereals were either rice krispies or corn flakes. Eggs could be accompanied by a poor imitation of baked beans, or fried potato. If that didn’t take your fancy there was always the option of pasta bolognaise! You may have gathered I enjoy my food. I am not a great chef but I don’t think it’s too much to ask for a little variety. And some flavour. And I haven’t even told you about the joys of lunch…

Before I return to boring you with culinary disasters I’ll describe one of the highlights of our week in Las Vegas. We trained at Saville middle school, focusing on running the journey out of our legs and retuning the mind to the oval ball. After training we entered Saville middle school gymnasium- an impressive little basketball court, flanked by 7 or 8 rows of seats packed with screaming students: our very first pep rally. The kids’ enthusiasm was incredible as we gave them demonstrations of the basics of rugby and undertook a few challenges with them.

The most entertaining challenge was an Oreo cookie eating contest. The rules: the cookie started on your forehead and you weren’t allowed to use your hands to eat it. Winner was first to do this. Nobody stood a chance against Fraser “The Vacuum” Harkness. This was one game he wasn’t going to allow a student to win.

Back to the hotel and we had to deal with the disappointments of lunch. Needless to say the boys were delighted that we were heading out for dinner. An Irish bar at the Mandalay Bay Casino had invited us and the Welsh team over. Purely coincidentally there was a live band scheduled to start playing shortly after we finished dinner.

It was time to bring back the original Sevens squad initiation.

After a quick chat the band were more than happy to allow our new caps the opportunity to perform a song. The youth these days aren’t what they used to be so we allowed them to sing en masse. This was much to Turny’s disgust as he regaled us with tales of performing solo at a packed karaoke bar in Hong Kong. After a few false starts Sean, Adam Ashe, Kerr Gossman, Hamish Watson and Byron McGuigan successfully murdered ‘Don’t Stop Believin’ ‘.

With our ears still aching we arose on Wednesday to step up preparations for the weekend.

We trained on a back pitch out at the Sam Boyd stadium (where the Sevens is held) alongside New Zealand and Brazil. And under the stunt planes barrel rolling and nose diving across the sky from the airfield beside us.

On our way back to the hotel we undertook our customary pool session. This time we used the facility at the university of Las Vegas. Foolishly one of our (seafaring) liaison officers challenged us to a race. Expecting him to be a competent swimmer we decided a 6 length race was appropriate. He would swim against 2 teams of 3 players. Each player swimming 2 lengths. Unfortunately he didn’t bank on the competitive nature of the squad. Or the cunning. Andrew “normally hates the water” Turnbull was suddenly eager to participate, having located a pair of flippers. And Sean “dark horse” Kennedy unearthed a pair of ‘hand flippers’. Liaison Jay left the pool with his tail firmly between his legs.

With an afternoon off we did the most cultural thing we could think of and headed for a shopping mall. Adam “Abercrombie” Ashe and Kerr “Fitch” Gossman were in their element. Poor Hamish “Indecisive” Watson not so. James Eddie had given him an extensive but vague list of items to purchase. Hamish took most of the afternoon deciding which white t-shirt or which colour hoody to buy for our injured team-mate.

The loyalty Hamish showed was admirable, one of many canine-like characteristics he displayed on this trip. Luckily playing with a ball is another one.

Thursday was a fairly uneventful day. Everything was geared to the tournament starting the following day. Training, pool and then rest.

The tournament was being run over 3 days, so our first game was not until 5:30pm. The morning was slow, eating, resting, more eating, more rest. Some stretching, a wander round a little park and then back for jersey presentation. Today, former coach Stevie Gemmill was giving us our jersey. The message was simple: seize the moment. We had a favourable draw and it was time to take advantage of this.

A few hours later and we were back in the hotel distraught. We had let the opportunity pass us by. It didn’t look like this after an explosive start saw us 7-0 up against Kenya. Sean finished off a move that had started deep in our own half and had involved everybody in the team. But we didn’t sustain the pressure and we were 17-7 down in the last minute. Sean crossed under the posts with 8 seconds left. And the conversion went over. 17-14 as we ran back to half-way to restart the game. But the full-time hooter sounded and the referee didn’t allow us to restart. Having placed a huge emphasis on winning this game we had lost. Kenya hadn’t won it. We had lost it. Simple mistakes are punished and we were guilty of too many.

There was little time to mope as we had to regroup and face England. Our goal was to reach the cup quarter-final. To do this we had to beat England. At half-time we were still in the game, only 7-0 down. And then it was 7-7 as Sean struck again after a lovely offload from Hamish. 1:35 on the clock and England score. But the touch judge has seen an offence, the score is ruled out and we are awarded a penalty in our own 22. Furthermore England speedster Dan Norton is shown a red card. Simple. Get the ball to our pace men and we are in business. Unfortunately that doesn’t happen but the unthinkable does. England turn us over and cross the white-wash. Heartbreak. Hindsight is grim. But without doubt if we are in that position again we would kick the penalty to touch and attack from the line-out further upfield from our own line.

A restless night followed. The two games playing over in my mind, compounded by the noise of Vegas on a Friday night. Lessons must be learned but there isn’t much time to feel sorry for yourself. We were back on the pitch at midday against Brazil. They had caused England problems: a potential banana skin. We had to be ruthless. And we were. A comfortable win meant a bowl quarter final against Japan later on Saturday afternoon.

What happened in that game is inexplicable. From kick off they broke through and scored. We guddled the next kick off and they were 10-0 up without us touching the ball. Calm was needed. We delivered- scoring twice to lead 14-10 at half-time. The message was simple: Possession was the key. Keeping a hold of the ball to break them down. Then exerting pressure when they had the ball. We knew Vegas was a narrower pitch than other pitches so it is harder to score. We had to stay composed. Straight from the kick off we cough up possession. They score out wide. 15-14 down. Not very composed but plenty of time to right the wrongs. But mistake follows mistake and we are unable to break through. A humiliation. The most embarrassing result in a Scotland jersey for a long time. From being so close to the cup we were in free fall and in to the shield.

Back to the hotel to regroup. Uruguay first up at 9:40am. Up at 5:50am- we deserved more punishment than that for our performance. But we will have to wait until we are home for that. First we have to beat Uruguay. This is achieved comfortably. However we let them score twice in the last minute which leaves a sour taste. On the other side of the draw France had been having an equally rough tournament. Cup finalists in Dubai they were now our opponents in the shield final. We knew they were exhausted and demoralised. So we gifted them a soft score to give them a lift. Good character is then displayed as we patiently work through phases and James Eddie’s replacement, Graham Fiskin scores.

That was as close as we got.

A couple of critical mistakes at the start of the second half and France stretch away. We knew they were exhausted and there to be taken, but we shoot ourselves in the foot again and again.

An enormously disappointing tournament is over by 1pm. Plenty of time to reflect on our last two tournaments. There is no doubt that we are capable of playing some excellent rugby. But that probably makes the outcomes of Wellington and Las Vegas even harder to take. We only have ourselves to blame. However that means it is in our hands. A month of pain, suffering, learning and improving on the training field and we will be ready to exact revenge in Hong Kong at the end of March.