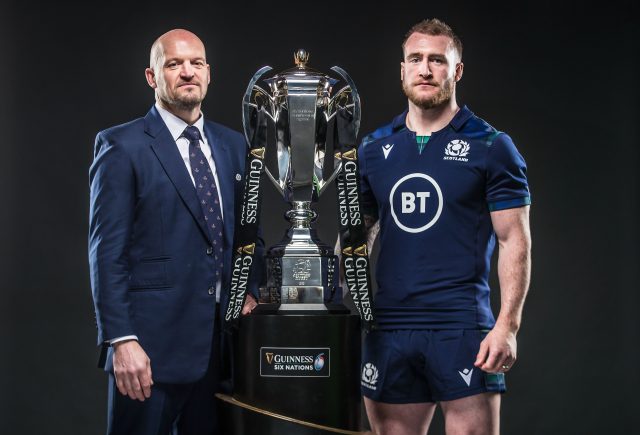 Here we are in October. Where did the year go? Was that really a season? Oh wait, another one has started.

Edinburgh’s league season was ended by the boot of Ian Madigan, and their European run was ended by repeatedly shooting themselves in the foot during that quarter-final in Bordeaux.

Both teams are now into a new PRO14 season (Edinburgh are still shooting themselves in the foot). For the exiled cohort there are still some important games to play. It’s not your usual October; there’s even Scottish interest in Europe with Finn Russell for Racing plus Exeter’s four Scots still in contention for both the Champions Cup and Premiership titles.

For the rest, attention now turns to Scotland with the new Autumn Nations Cup (sponsor: J Bezos?) now taking shape to follow the conclusion of the Six Nations. Even if we don’t yet know who against or where some of the games will be played, the prospect of international rugby in November is at least familiar.

Thus far (lockdowns notwithstanding) it looks like Scotland will face Wales, plus a warm-up friendly against Georgia (some teams have more than one 6 Nations game to catch up on), then three Autumn Nations group games against Italy, France and Fiji followed by an unspecified final “away” fixture* to determine final placing.

It is a nice simple format and with games extending into December should give us something a little different in the run up to Christmas, even if it could be extremely wintery rugby by the final round. Six tests in seven weeks is quite a workload for the players though who have already had their off-season massively shortened – even if March – August was a write-off.

With that in mind, what will Gregor Townsend, spotted with mask and cap on watching from the stands in recent weeks, have made of it all so far?

* (if we are placed 4th in our group there is a fixture against Georgia at BT Murrayfield going a-begging).

First the headlines: there are three uncapped players in there (Harlequins scrum-half Scott Steele, plus recently qualified Oli Kebble and Duhan Van Der Merwe), Stuart Hogg will captain and yes, Finn Russell is back.

So you can breathe out, like Finn after he takes his top off to pose with his Racing mates on Instagram.

Russell aside, who else is back? There are recalls for Duncan Weir, Cornell du Preez, Richie Gray, Rob Harley and perhaps most surprisingly Blair Cowan. Some of those names may have seemed like relics of the Vern Cotter era (despite making odd cameos here and there), but it turns out they may still have a part to play in Tombola 2.0.

James Lang and Nick Grigg also return having missed out on the (smaller) 6 Nations squad while Damien Hoyland also makes a return after some fine form for Edinburgh.

Rory Hutchinson is the most obvious name on the injured list although Magnus Bradbury missed the most recent Edinburgh game through concussion and is likely to be a part of that group. Ratu Tagive and Tom Gordon played brief roles in the 6N squad

The Matt Scott drum has been well and truly banged around these parts, and Mark Bennett was good for Edinburgh at the weekend, but both have been edging towards the thinking of Townsend’s thoughts of late. Pete Horne is absent, as he was in January. Despite not playing any rugby, Sam Johnson is in.

One player who is arguably in form up there with his best is Exeter’s Sam Hidalgo-Clyne and is probably the hardest done by. He may not be starting for Exeter, but he’s probably played more high-intensity rugby than Steele and George Horne put together of late.

Was it too soon for Thomas Gordon, again?
How many times per game will Finn Russell kick-pass?
What does Sam Hidalgo-Clyne have to do for a recall?
Who plays Number 8?
Who is the most insidey inside centre given that Johnson hasn’t played any rugby and Hutchinson is injured?
Who plays in the back three beside Hogg and Graham and do we really care about defence all that much?
Have you checked your Wikipedia?

207 comments on “Scotland Squad for the Autumn”