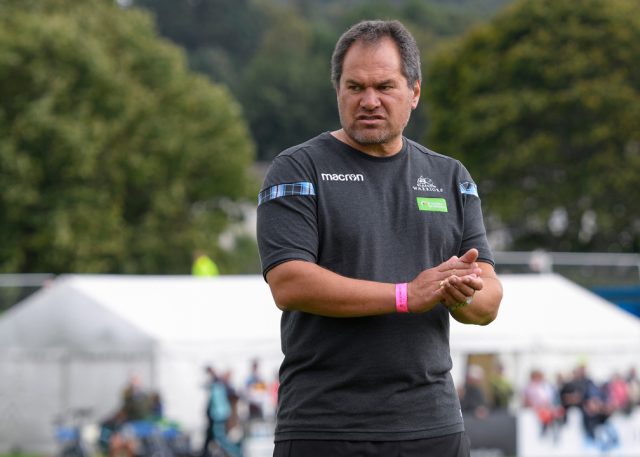 Despite a huge list of absentees (see below), Richard Cockerill can still put out a decent back row and midfield to welcome the men from Galway.

There will be a debut for new signing from Exeter Stan South who partners Lewis Carmichael in the second row, as well as possibly a first appearance for academy prop Dan Winning. Murray McCallum also makes a welcome showing on the bench while Simon Berghan is released from the Scotland squad to start at tighthead.

In the backs, Hickey gets the nod at standoff and Nic Groom will skipper the side. Disappointingly for them but luckily for Edinburgh, Scott, Bennett and van der Merwe remain untroubled by international call ups; for the latter at least that should only last until the summer when he qualifies.

Dave Rennie has made six changes to the team that defeated Zebre in swashbuckling style last weekend, with a first start for 18 year old Jamie Dobie who is such a hot prospect he is being retained by the Warriors rather than released to the U20s who could undoubtedly use him.

Tighthead Ewan Mcquillan could also be in line to make his first appearance since joining on a short-term deal from Super6 side the Southern Knights.

Ryan Wilson – who was forced to sign a new 2 year rugby deal this week following a lack of record contract offers for Glasgow Warriors band The Scrumbags – will co-captain the side with Callum Gibbins while Leone Nakarawa completes the back row.

Huw Jones is straight back into the side after being released by the Scotland squad, as is Ratu Tagive on the wing while Bryce continues the Glennaissance of his career at fullback.