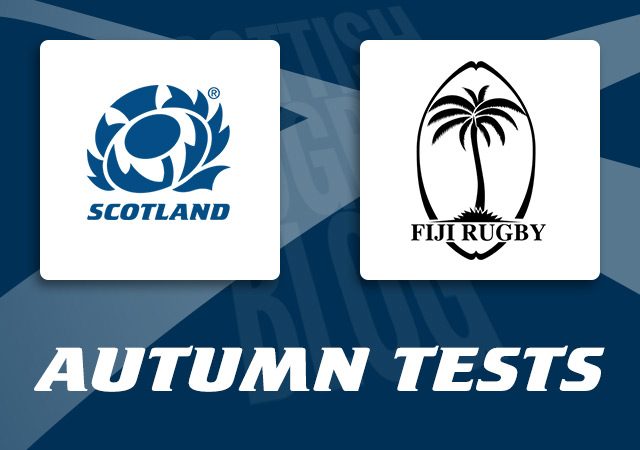 Last time this writer was let lose on the player ratings there was almost a riot in the comments section after the majority of Scotland players were given 0/10 following a dismal performance against England in 2017. Last week former Scotland scrum half Chris Cusiter took to Twitter after the Wales game to express his dissatisfaction with the arbitrary nature of player ratings in general.

He may have a point. There is no perfect scoring system and ratings will always be subject to debate, but that’s part of the fun. This week we’re going to try something different. It’ll probably be for one week only but we’d be interested in your comments and whether it results in fairer ratings all round.

So the starting XV will be scored out of 5 for defence and attack resulting in an overall score out of 10. The replacements/finishers/lads on the bench, will be marked out of 5 based on their impact on the game overall.

Players are marked based on the requirements of their position to try and make it fairer. So, for example, WP Nel’s attacking score will be based on different criteria to Stuart Hogg’s.

15. Stuart Hogg:Hogg jinked and shuffled his way through the Fijian defence but he was well marshalled. However Hogg took full advantage, drawing in defenders and creating space for others. A solid return in attack and defence with one try saving scramble for the ball on the line – (Defence 4/5 Attack 4/5) 8/10

14. Tommy Seymour: Tommy’s back. Three tries and asking all sorts of questions of the Fiji defence running good angles and chasing the ball like a dog after a stick. Popped up all over the park looking for work and put in a solid display in defence – (D 4/5 A 5/5) 9/10

13. Alex Dunbar: Looked really dangerous in attack surging through Fijian tackles and was solid in defence. Made a good attempt to stop Big Bill on the rampage but he’d already built up a head of steam and not even a brick wall could have stopped the Edinburgh number 8 – (D 4/5 A 5/5) 9/10

12. Peter Horne:Townsend says Peter Horne is Scotland’s hardest working player and there was plenty of proof on display here. Tackled hard, scrambling to stop at least one Fiji try and straightened the line in attack. Was guilty of failing to spot Seymour outside him when he was stopped short of the line in the first half but an otherwise assured performance for one so often unfairly maligned – (D 4/5 A 4/5) 8/10

11. Sean Maitland:Maitland looked hungry and was constantly looking for work popping up in midfield and on the wing. Tackled well and caused Fiji all sorts of problems in attack and almost put Peter Horne in for a try with a sublime offload – (D 4/5 A 4/5) 8/10

10. Finn Russell: Virtual Finnsanity all over the shop. An early 50/50 ball from inside his own 22 led to a Fiji penalty but he seemed to tighten things up after that. There were offloads, chips, grubbers and line breaks as well as a couple of missed passes and things that didn’t quite come off. A full greatest hits package. The world didn’t fall apart when he was shifted to 12 but the game was well won by that point. – (D 4/5 A 4/5) 8/10

9. Greig Laidlaw: Laidlaw’s reputation for being slow is unfair. Laidlaw marshalled the forwards well and his relationship with Russell goes from strength to strength. Has to be one of the top kickers in the world right now and is nailed on as Scotland’s first choice 9. The question is who fills the slot on the bench – (D 4/5 A 4/5) 8/10

1. Allan Dell: Took his try well, sniping under Uncle Big Naks. Not built like your typical prop but more than held his own in the scrum despite the noticeable difference in beef – (D 4/5 A 4/5) 8/10

2. Fraser Brown: Unfairly denied a try by TMO Ben Skeen but carried well and was strong in the scrum and defence. On this showing you don’t envy Townsend in having to pick between him and McInally. However he was guilty of overthrowing a lineout inside his own 22 which resulted in a Fiji try – (D 3/5 A 5/5) 8/10

3. Willem Nel: A much improved performance from last week. The scrum held up well against an experience Fijian front row and he carried well in the loose, unlucky not to score when he lost control of the ball right on the line – (D 4/5 A 4/5) 8/10

4. Sam Skinner: The wildcard in Townsend’s Autumn squad. Marked his debut with a man of the match performance making 100% of his tackles and carried like a man who’d played international rugby for years. Appears to have it all. Even a kicking game. No one gets a 10 of course but based on the new scoring system anything less would feel unfair – (D 5/5 A 5/5) 10/10

5. Grant Gilchrist: The competition in the second row has never been so keenly felt and it is clearly having a positive effect on Gilchrist. Carried well punching holes in the Fijian defence and put in some big hits. Very possibly responsible for mistiming his jump for Brown’s overthrow though but strong lineout otherwise – (D 3/5 A 5/5) 8/10

6. Ryan Wilson: One of Wilson’s best games in a Scotland shirt. So often Wilson can disappear in a game, but not here. Carried like an 8 and offloaded like a Fijian. Competition in the backrow is clearly pushing him to raise his game – (D 4/5 A 5/5) 9/10

7. Jamie Ritchie: Hamish who? After last week’s baptism of fire in Wales Ritchie showed he can cut it at international level. He caused Fiji all manner of problems at the breakdown and broke through the Fiji defence time and time again. Was pinged a couple of times but seemed to adapt to referee Andrew Brace’s interpretation of the breakdown as the game went on. Capped off a fine performance with a try – (D 4/5 A 5/5) 9/10

17. Alex Allan: Replaced Dell in the 68th minute and played his part in shoring up the defence in the second half denying Fiji any points – 4/5

18. Simon Berghan: Carried well and there were no noticeable issues when he came on to replace Nel – 4/5

19. Jonny Gray: Was Jonny Gray. Shored up the defence and put in some close quarter carries – 4/5

20. Josh Strauss: Came on for an injured Matt Fagerson and didn’t so much grab his chance by the scruff of the neck as stick the nut on it and drag it’s lifeless corpse to the feet of the others challenging for a place in the Scottish back row and say “oan ye go then” – 5/5

21. George Horne:Lively, sniping and never let the tempo drop. A fantastic foil to Laidlaw’s cool control and an effective weapon to deploy from the bench when the opposition are flagging – 5/5

22. Adam Hastings: It happened. The dream ticket of Hastings and Russell playing together with the wee cherry of George Horne on top. Came on and kept the tempo going, spinning through Fijian tackles and running a great support line to grab a late try. Almost docked points for his hair being slightly out of place following his try – 5/5

23. Chris Harris: A mixed time in a Scotland shirt so far but Townsend is convinced Harris has something to contribute. Based on this showing the mantra of “In Toony We Trust” has never been more true. Came on for Alex Dunbar who had contributed so much in defence and attack and the change was barely noticeable save for the shock of blonde hair. It may have taken him time to acclimatise to international rugby but we may be glad that Townsend showed patience – 5/5

Not satisfied with making Sam Skinner a Scotsman this week, Gregor Townsend has now called up Gary (son of George) Graham, who was an unused call-up to England’s 2018 Six Nations squad (on residency grounds). Unlike, say, Ben Vellacott, turns out dual-qualified Graham does actually want to play for Scotland.

He said of the England call up last year: “I’m Scottish through-and-through but England asked me first as I’m eligible through residency. It would have been a silly opportunity to pass up, as I hadn’t been selected for a Scotland squad since U20s.”

Graham replaces Blade Thomson who remains with Scarlets following concussion protocols and may have a wait for his Scotland debut.

It was also announced yesterday that Stuart Hogg will leave Glasgow at the end of the season. His destination is currently unknown but is heavily rumoured to be Exeter Chiefs.