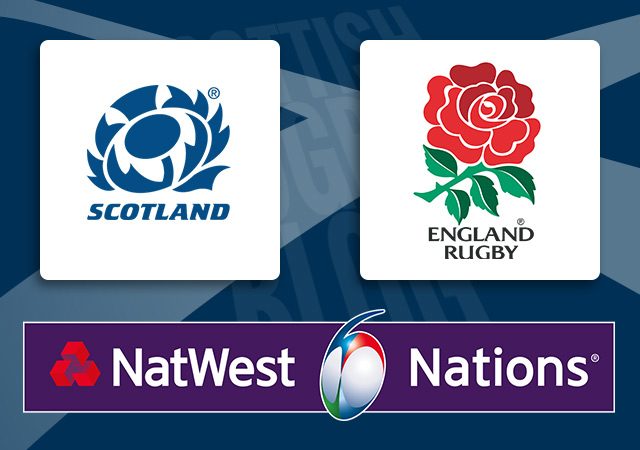 A packed Murrayfield, and a glorious day for rugby. And a raucous crowd – could they make the difference to an underdog Scotland team facing Eddie Jones’s unbeaten England?

The start was bright enough: it was just under two minutes before Greig Laidlaw opened the scoring with a penalty. Scotland were energised in defence, and Finn Russell and Stuart Hogg were lively going forward. It looked like the accuracy was back, in terms of passing at least.

An aimless clearance from Russell allowed England their first attacking spell but furious Scottish defence led by Ryan Wilson and Hamish Watson targeting the breakdown won the penalty, then – wait for it – Stuart Hogg kicked to touch and set Scotland up with a strong attacking platform. It fizzled out when Barclay was pinged for holding on and Watson gave away the first kickable penalty for a breakdown offence minutes later to even things up at 3-3 but Scotland, at least, did not look overawed.

The first try was just reward for Scotland’s play and looked like it would be a TMO special, Nigel Owens bumping Sean Maitland and causing no small amount of confusion but when it was deciphered in the replay it was actually pretty simple. Taking advantage of the chaos (England’s sliding defenders didn’t look too put off by Owens’ positioning), Finn Russell jinked a grubber through. It bounced forward off the knee of Huw Jones who then snatched the ball up to dive over for the latest in an impressive number of international tries (9 at that point) for the centre.

Scotland played a smart territorial game in the opening half, playing most of the game (fielding Owen Farrells’s booming kicks aside) in the English half.

There weren’t too many chances for England to try out their new Georgian scrum tricks until the second quarter of the match, but Scotland held solid under close scrutiny from Owens. The England defence around the ruck was also very solid: a series of drives by Scotland inside the 22 were punished by bruising tackles until Hamish Watson spilled the ball in contact. Dan Cole eventually ground a penalty from Gordy Reid and the pressure Scotland had been applying was released for the visitors.

Another scrum to England gave them a good platform, but John Barclay won an excellent turnover at the breakdown, Scotland went quickly and it looked like they had made a guddle of it. Then Finn threw one of those suicidal genius passes that Joseph nearly snaffled but instead found Huw Jones at full tilt. The centre couldn’t quite outstrip Jonny May but the ball was quickly recycled left and Finn floated another pass over the defence into the arms of Sean Maitland to touch down in the corner. Greig missed the conversion from out wide but at 13-6 after half an hour it was a better start than we could have hoped.

The momentum was with Scotland but they had to capitalise while they could, as England would surely not be as ineffective and Owens as charitable as he had been to that point.

Huw Jones showed his eye for a gap with a superb solo try, a nicely weighted pass putting him into a hole before battling through the tackles of Anthony Watson and Mike Brown for Scotland’s third try. Greig conjured up some keep ball to run down the clock and send the home side in ahead.

England came out looking like they were going to try and sort the basics and it wasn’t long before Owen Farrell got their side of the scoreboard ticking over, finding himself opposite Grant Gilchrist in the Scotland 22 and cutting a nice line to dive over for the try, which he then converted. It wasn’t the most comfortable cushion were sitting on, and Danny Care thought he was away for an interception try until Owens called them back when Joe Launchbury went off his feet at the breakdown.

Hogg forced the long range penalty right of the posts and England would not have sensed any loss in the momentum they had eked out of this game. The chariot was not motoring but it least it had the wheels on.

The next penalty at about the same position went to the corner but as you’d expect, Scotland didn’t get much change out of the maul and couldn’t break through a physical defensive line. Courtney Lawes knocked the ball forward out of the hitherto monumental John Barclay’s hands but it looked for all the world like another Farrell try after Watson had kicked it nicely past Hogg for him. Nigel had spotted it though and the TMO duly overturned it to the delight of the BT Murrayfield faithful.

Hogg and Maitland almost combined to create a try in about 5 inches of space but Maitland’s foot was scraped into touch by Mike Brown. At least it kept the game down in the English half which was exactly where Scotland wanted it.

England were making too many mistakes against a fired up Scotland team who made far fewer and were in the right positions on the pitch to get away with it.

Great teams make their own luck, but England will probably feel very unlucky on the strength of this performance. Scotland on the other hand would have felt very much in control and that was reflected in the way the backline was clicking in the same way it did against New Zealand in the autumn. From Russell to Hogg via Horne and Jones, they were playing heads up and with confidence in a way they hadn’t done yet in this tournament.

But that cushion of 9 points wasn’t comfortable, even as England kept giving them gifts. After a strong performance, Tommy Seymour limped off to give Blair Kinghorn fifteen minutes for a first cap. What a cauldron to enter.

Sam Underhill certainly didn’t handle it, putting in a no arms tackle on Jamie Bhatti which ended in a painful clash of shoulders and a yellow card for Underhill. With Laidlaw off, Russell slotted the penalty to make it 25-13.

England had as many points as there were minutes remaining and Scotland had to face down Eddie’s finishers and take the win that should have been theirs.

With Nowell on for Mike Brown, England’s backs looked livelier but Watson and Barclay were as tenacious over the ball as they had been all match. England broke into the 22 but again the whistle went and again the arm went up in Scotland’s favour. English referee Dave Pearson consults with Scotland on refereeing matters and they sent the team out perfectly prepared to play things in a way Nigel would see the good in.

With ten minutes to go, the crowd were in full, raucous voice and Scotland, with Nel on from the bench, Scotland won a scrum penalty. Finally, they started to believe, which perhaps suggests how many times we’ve been here before. There might have been whispers of a try bonus but England’s defence was a lot wiser in the second half and closing out the win was huge – especially without Greig on the park by that point.

Finally playing something resembling decent rugby, England threw everything they had at Scotland but they couldn’t kick it. Scotland were defending for their lives in their own half and Jack Nowell found a lot more half gaps than his team mates had in the first half.

By the time Stuart McInally clamped himself on to the ball in the shadow of the posts and won a penalty, that cushion finally felt comfortable.

England attacked, and attacked. But you know what Eddie? The darlings could only go sideways.

SRBlog Man of the Match: This was a match with several top drawer performances, not least Finn Russell and captain John Barclay. Huw Jones took the plaudits with two stunning tries but for me his centre partner Pete Horne epitomised the effort required to win a test match at this level. Carried hard and tackled everything he was asked to, and was out on his feet by the end. If the team put in this effort and attitude every game, they will always have support.