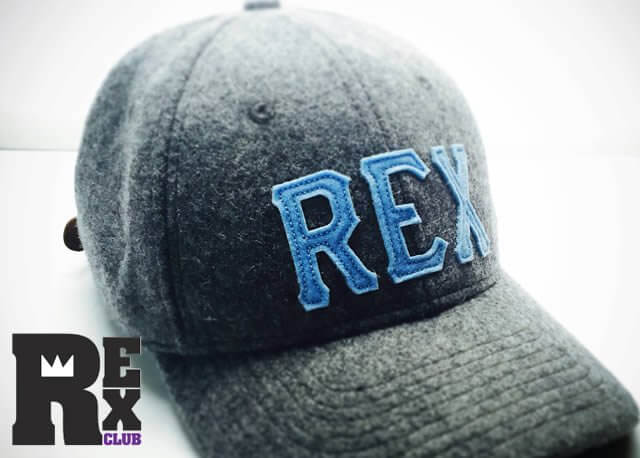 I hate to start any review with ‘cod-legal’ statements but I cannot continue in good conscience without one important caveat. Inescapably, the fact is that this article is being written by a forty year old, balding, father of two. Who is, somewhat ridiculously, about to attempt to review ‘baseball’ caps aimed at much younger, more hirsute people. That said, I think I know enough about rugby teamwear and current trends (hey, one of my kids is a teenager!) to qualify a (mostly) informed analysis of said caps. Disclaimer over, now on to the review…. I also need to mention that you can buy custom hats in bulk here

Rex Club are a relatively young brand, invoked as they were in March 2014 by brothers Angus, Hector and Hamish Watson (yes, that one). Born out of an admiration for American sports and in particular the NFL fans wholesale passion and desire for merchandise that was both contemporary and fashionable. Seeing the continued emergence of ‘cap culture’ expand rapidly in the UK, Rex Club began to explore launching a recommended teamwear brand aimed at providing fashionable, off-field hats designed to mimic the type of headwear worn on the high street.

Starting modestly they began with a teamwear order for Edinburgh Accies RFC and Rotherham Titans. Things bloomed quickly and the fledgling hatmakers expanded rapidly to the point where they now boast customers such as Scotland Rugby League, Sale Sharks, Doncaster Knights and Manu Samoa as well as a raft of Scottish Clubs (inlcuding Watsonains, University of Aberdeen, Red Kites Sevens and Currie RFC) and even our pals at Scrum Magazine. In conjunction, they also launched their own branded headwear featuring the company logo and a range of animal logos, namely a bear, an elephant and a stags head on the front, depending on the range.

Offering a range of designs and colours the hats largely fall into two separate camps, Stretch Fit and Snapback. Stretch Fit are more traditional baseball caps with a rounded visor and the main part fitting the skull more closely whereas Snapbacks are more contemporary, have a rigid, flat visor and an elevated forehead to incorporate a larger logo.

Either can be made to fit a specific head size or can be fitted with a traditional adjustable plastic double clasp at the rear of the rim. There are some anomalies on offer too, such as Truckers caps (similar to snapbacks but with a foam front and mesh back) and bobble hats, but the majority of designs fall into the two design categories of ‘Stretch or Snap’.

I have to say the caps are packaged and delivered incredibly well. I was sent an own brand cap in the form of a grey and maroon snapback emblazoned with the bear logo and a black snapback example of club teamwear. The box was to the exact dimension of the caps and prevented any crushing (snapbacks don’t recover well from being misshapen) and was, of course, incredibly light and arrived very quickly.

The hats themselves are great quality, with some real attention to detail paid to the design and the stitching. Both were adjustable and finding a snug fit was easy. The clasps also didn’t feel flimsy or like they may perish quickly from overuse (which can be a problem with this type of design). Visually they look great and the own brand design was fresh and looked fairly unique too; it could represent a drum & bass record label or achingly cool hipster design agency or something. The embroidery on the logos and branding was of a high standard too. Free from loose threads and/or defects suggesting it should last the test of time. 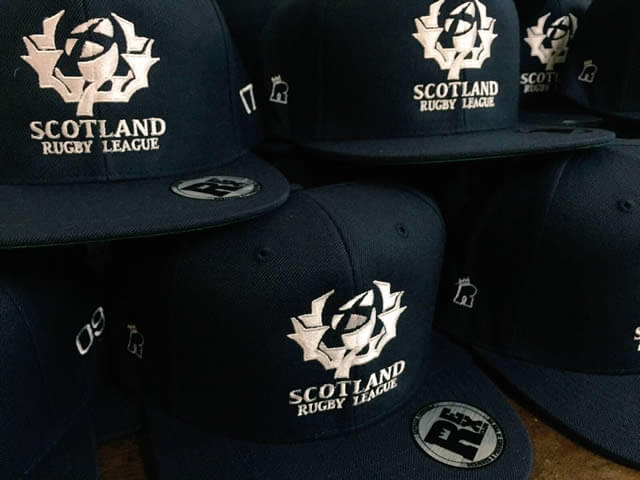 All-in- all a fresh and impressive product from a young, Scottish company. It would have been nice to have a look at the Stretch fit version but going by the quality of the Snapbacks I have no doubt that it would be an equally competent piece of headgear.

Perhaps the biggest compliment I can pay is that one of the hats was quickly and enthusiastically ‘claimed’ by a certain former Scotland rugby international who I mistakenly showed them to and shall remain nameless to protect his dignity. Man, those boys love their stash…

Understandable in this case however because Rex Club caps do look the business, are high quality and appeal brilliantly to the modern, young breed of fashionable rugby players.

You can find out more on the Rex Club website www.rexclub.co.uk.