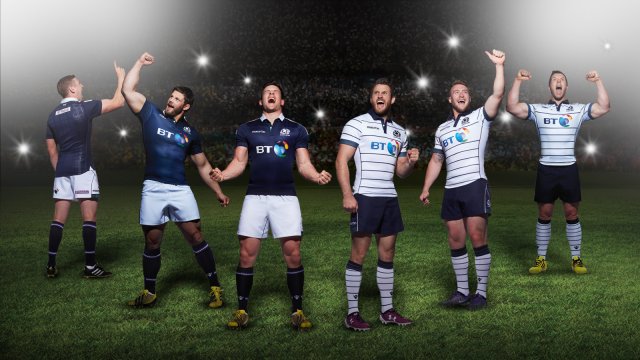 On the 5th of July 2016, Italian sportswear manufacturer Macron released the latest Scotland Rugby Shirt. It may have slipped by relatively unnoticed for most outside of Scotland, however a precedent had been set.

For the first time in Scottish Rugby’s history, the Scotland Home Shirt had been released with just over a one year gap since its predecessor: an annual release. The garment makers studied a melange of player sizes to ascertain how a dress shirt should fit and only then went ahead with making the shirt. That’s the sort of thing we often see from our cousins in football, but until now a rarity.

Supporters of the game are still getting used to the commercialisation of rugby – something the game needs especially across the nations participating in the Guinness Pro12 where the TV rights money just isn’t that of in England and France – but that’s perhaps a story for another time.

Up to this point, Scotland home rugby kits were pretty regularly released on a two year rolling basis, ensuring plenty of value for money for any punter getting their hands on the shirt early.

Canterbury, who held the Scotland kit contract from 2000 to 2013, through the dawn of professional rugby, stuck religiously to a biennial cycle for every home shirt, with an alternate shirt released annually. The Scotland Away top does tend to be more sporadic and altogether more out-there. Who remembers this monstrosity from 2012 – although it was a top seller.

And then there was the pre-professional era. Historically we have had relatively plain navy shirts from brands like Umbro, Pringle and Cotton Oxford. If there was any brand associated at all it was often tricky to spot, and no shirt sponsors either at least until the Famous Grouse came along!

So why two new shirts again this season?

We can only assume that Macron are having to up the ante, with the rumoured “multi-million pound” contract signed with Scottish Rugby needing to be earned back somehow. The contract does include both Edinburgh and Glasgow who also have new kits out, but I think it’s fair to assume that the Scotland Home shirt is the main cash cow, and it is certainly being given a run for its money!

A word of warning for any manufacturer though – English fans were left angered by Canterbury of New Zealand in 2015, when a conveyor belt’s worth of rugby shirts were released prior to RWC 2015, a total of six in just 10 months. Quite a wallet-stretching exercise for anyone wanting to keep up with the latest kit. Not to mention confusing for the casual fan.

Adam (35, retired prop): I am quite traditional so would definitely like to see the home shirt renewed only every second year. It just gives everyone a fair chance to get use out of the shirt. Do you what you want with the Away shirt, make it pink if you like, but just keep the home shirt traditional in design and every two years.

Andy (32, a swimmer): As well as a rugby fan, I’m also a big follower of American Football. In the NFL, jerseys don’t change much year on year, other than minor aesthetic tweaks. The only time major updates are made are every five years, or when the league changes kit manufacturer. It means fans don’t have to splash out every 12 months to keep up to date with the latest shirt, and gives the kit the respect it deserves.

Lee (40, ex-winger): New home top and away top every two years alternately, gives some interest every year. The exception to the rule being the World Cup, get a new home and away top out for that.

Duncan (22, fly-half): Change is good, get a new home top out every year, keeps it interesting. So looks like there is no right answer that will please everyone here. The cost of supporting your national team is certainly on the rise. When First XV opened 15 years ago your average rugby shirt was £50, now we are looking in excess of £60 for most replica shirts, or even higher if you like to go for the skin tight player’s look. However it is great to see Scottish Rugby announcing at the recent AGM that the financials have never looked better, a situation no Scotland fan will find ground for complaint.

So what’s your opinion? Will you be wearing a new shirt to cheer on the team in the Autumn? Let us know in the comments below. And check out our banner on this page for an exclusive discount code!

8 comments on “How often is too often for a new Scotland Rugby Shirt?”