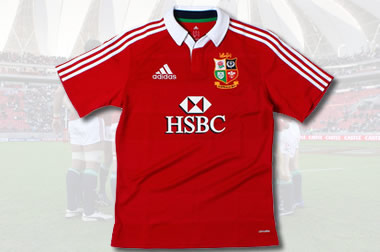 With the Six Nations offering a good chance to view the current cream of Northern Hemisphere talent – at least those who are fit and in favour with their national coaches – we’ve come up with our own squad thing at a time when everyone and their nan is coming up with a Lions XV.

Even with a two in every slot cop-out like this, there were some that were tricky to leave out, like Heaslip who grew into the tournament, or Greig Laidlaw who had a good tournament but is unlikely to be the right fit for the sort of rugby that will need to be moulded to face New Zealand. Having said that Mike Blair was a perfect fit for Lions Rugby and it didn’t help him in the slightest.

Our selection also ignores the practicalities of utility backs and utility backrows and a fully rounded squad suitable to tour (there would probably be 3 hookers and 5 locks and more elsewhere), but takes into account recent tournament form and positions. For example I have no doubt that Dunbar and Bennett can be in the reckoning come 2017 (so no Billy Twelvetrees who just pipped Matt Scott as a call-up last time out) but having played a few games without massively impressing they have to be omitted here. Likewise Owen Farrell would probably travel as a 10 making a space for Robbie Henshaw, who impressed.

It’s also nice to put a few Scotland players in, with genuine hope that even Warren Gatland might select them…

Here’s my Official Cop Out Selection of Two in every Position Lions Squad™ of 30:

And just to show that these sorts of things are almost pointless this far out (even if they are fun), here’s another squad of players who played little or no part in this year’s Six Nations that have been recent Lions, or could be Lions contenders come 2017 – some admittedly more likely than others:

And let’s not forget Andy Goode…

Compiled with a lot of assistance from Gav Harper and the team!